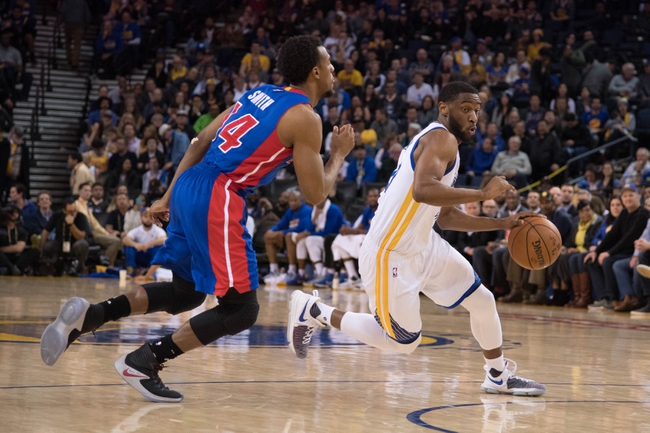 The Indiana Pacers battle the Detroit Pistons at Little Caesars Arena in an NBA bout on Monday.

The Detroit Pistons are searching for consecutive victories when they take on the Indiana Hoosiers on Monday night. Detroit played a solid game at both ends of the floor last time out in a 107-87 rout of the Atlanta Hawks were a 37-21 run in the third put this game in the win column. The boxscore heavily favored Detroit with a 49%-36.5% shooting advantage leading to 12 more baskets which was obviously the deciding factor. Avery Bradley led six Pistons in the double figure scoring column with 18 points on 8-14 with Tobias Harris adding 17 points and six yanks on 7-14 while Henry Ellenson  added 16 points on 6-9. Ish Smith gave Detroit 15 points and eight assists Anthony Tolliver and Stanley Johnson netted 13 and ten points respectively.

The Indiana Pacers look for back to back wins with the Detroit Pistons taking the floor on Monday night. The Pacers are coming off of a tight 106-102 decision at the Cleveland Cavaliers on Friday night. Indiana trailed 33-21 after 12 minutes before the defense kicked in to support some quality scoring that was enough to squeeze out the win. In the and the Pacers and Cavalier both sank shots in the 46%-47% range with six more makes at the charity stripe being the difference. TJ Leaf was Indiana’s top weapon with 18 points and six yanks on 6-10 including four bombs with Domantis Sabonis next in line with 17 points and seven boards on 6-8 shooting while Victor Oladipo netted 14 points and added five helpers. Lance Stephenson and Myles Turner rounded out the scoring with 13 and 12 points.