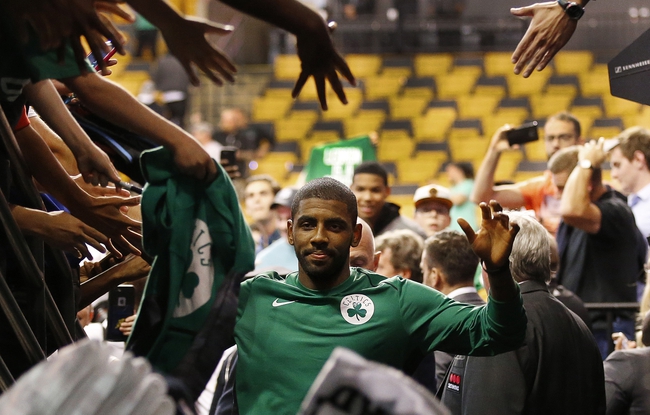 The Philadelphia 76ers and Boston Celtics meet Monday in NBA preseason action at the TD Garden.

The Philadelphia 76ers look for their first preseason victory after an 0-2 start. In the loss to the Celtics, the 76ers shot 47 percent from the field and had 24 turnovers. Jerryd Bayless led the 76ers with 15 points and three rebounds while Amir Johnson had 12 points and one assist. JJ Redick was the third double-digit scorer and Jahlil Okafor grabbed six rebounds. The Philadelphia 76ers are showing signs of coming together and having a healthy roster is exciting for the fanbase, but this is a team that’s combined for 38 turnovers in their first two preseason games. The 76ers need to clean things up before the regular season begins if this is going to be the season they snap the playoff drought and start to snap themselves as the upcoming team everybody needs to watch.

The Boston Celtics look for another victory to build on their 2-0 preseason start. In the win over the 76ers, the Celtics shot 40.2 percent from the field and made 11 threes. Terry Rozier led the Celtics with 13 points and three assists while Aron Baynes Fox had 12 points and five rebounds. Kyrie Irving was the third double-digit scorer and Gordon Hayward dissed five assists. The Boston Celtics have combined for 204 points in their first two preseason games and just watched Kyrie cook, dropping 21 points in 25 minutes. The Celtics still have work to do considering they’re nearly an entire new roster, but for the most part, things have gone better than expected for Boston, preseason or not.

I know the Celtics have already beat up the 76ers this preseason and have been impressive overall in their first two games, but we're getting seven plus points in a meaningless preseason game. I have limits in how much chalk I'm going to lay in this unpredictable and tough part of the season to cap. I'm not leaving seven points on the table when the main goal in the preseason isn't even to win the game. Give me my free buckets.