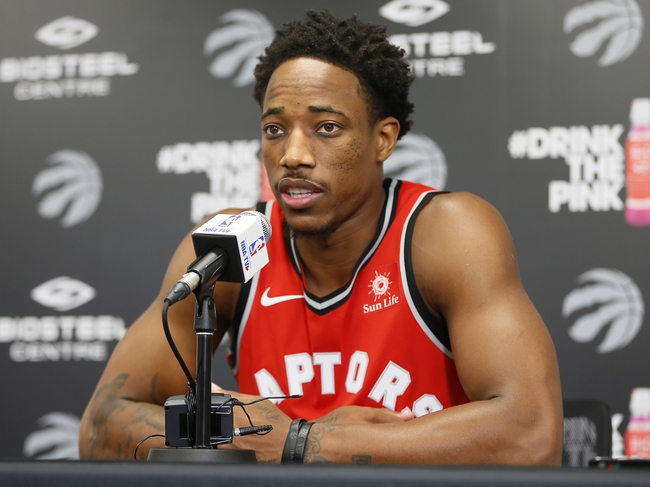 The Detroit Pistons look to improve to 3-1 in preseason play with a third straight victory. In a win over the Pacers, the Pistons shot 49.4 percent from the field and had just seven turnovers. Boban Marjanovic led the Pistons with 14 points and five rebounds while Reggie Jackson had 14 points and six assists. Stanley Johnson was the third double-digit scorer and Eric Moreland grabbed seven rebounds. The Pistons are coming off a game in which four of their five starters scored in double digits, which is impressive considering this is usually a grind it out style team. Rookie Luke Kennard has been impressive in the limited minutes he’s played and could be a difference maker off the bench this season. The Detroit Pistons have won five of their last seven preseason games.

The Toronto Raptors are 2-1 in preseason play and will play their final home exhibition game. In the loss to the Trail Blazers, the Raptors shot 40 percent from the field and had 18 turnovers. Norman Powell led the Raptors with 15 points and one rebound while Kyle Lowry had 23 points and six assists. Alfonzo McKinnie was the third double-digit scorer and Jakob Poeltl grabbed four rebounds. DeMar DeRozan did not play in the game against Portland after 38 minutes in the previous two games. The Toronto Raptors need to keep finding backup players who contribute consistently to take some of the pressure off their talented backcourt this season. The Raptors have split their last 10 preseason games.

Oddmakers keep hanging these big lines in the preseason, and I'm questioning who is laying them. We've seen several big dogs win outright in preseason play, and regardless, I'm not sure how anyone has confidence to eat such big chalk when you have little info on who is playing and for how long. Coaches are trying to find out who can play and who will make the roster, the win is just the bonus. So, once again, give me my free points.