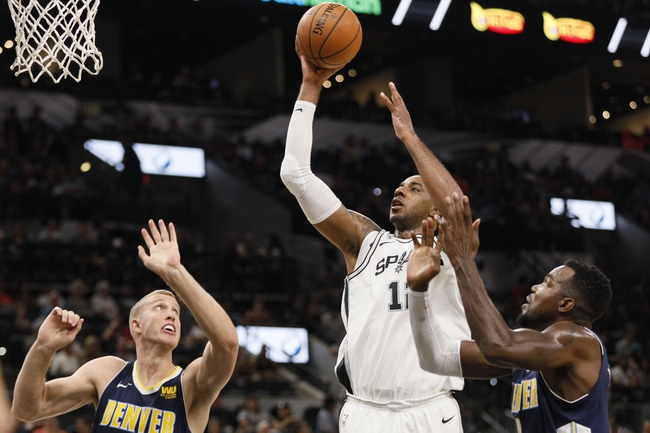 The Orlando Magic are 2-2 in preseason play and will play their third game on the road. In a loss to the Dallas Mavericks, the Magic shot 41.4 percent from the field and made 17 threes on 42 attempts. Jonathon Simmons led the Magic with 19 points and four rebounds while D.J. Augustin had 24 points and five assists. Marreese Speights was the third double-digit scorer and Nikola Vucevic grabbed 14 rebounds. The Magic have been held to 96 or less points in three of their four preseason games, which isn’t a good sign with the regular season right around the corner. The Magic need to find some scoring depth to help out their young starters if this season is going to be a success. The Orlando Magic have lost seven of their last 11 preseason games.

The San Antonio Spurs are 2-1 in preseason play and will play their final home exhibition game. In a Sunday win over the Denver Nuggets, the Spurs shot 57 percent from the field and made 13 threes. LaMarcus Aldridge led the Spurs with 21 points and eight rebounds while Bryn Forbes had 20 points and one assist. Rudy Gay was the third double-digit scorer and Matt Costello grabbed 12 rebounds. The Spurs have improved their offensive numbers in all three preseason games and continue to get big time production from the most unlikely players, which is usual for these Gregg Popovich teams. Remember, the Spurs are without two of their starters and Pau Gasol has played just 38 preseason minutes. The San Antonio Spurs have won six of their last eight preseason games.

I've said many times already, I'm not going to lay big chalk in preseason games, as you have no idea who is playing, how long they're playing and the goal isn't even to win these type of games. We've seen so often where a team has a big lead heading into the fourth quarter and blows the cover or even the outright victory because guys were benched. The Spurs are obviously the better team here and could easily blow the doors off, but I'm not going to lay double-digit chalk in meaningless play.