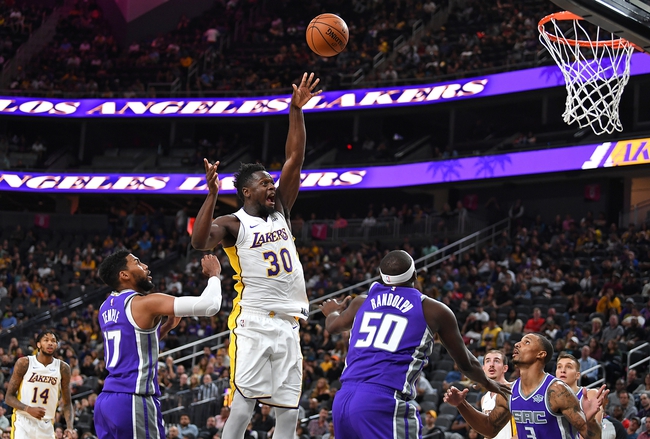 The Utah Jazz and Los Angeles Lakers meet Tuesday in NBA preseason action at the STAPLES Center on ESPN.

The Utah Jazz hope to end the NBA preseason with another victory and a perfect 5-0 record. In a win over the Phoenix Suns, the Jazz shot 52.7 percent from the field and made 11 of 30 threes. Ricky Rubio led the Jazz with 20 points and three steals while Tony Bradley had 13 points and one rebound. Donovan Mitchell was the third double-digit scorer and Derrick Favors grabbed six rebounds. The Jazz have topped 100 points in all four preseason games, but will be tested here with this being their first back-to-back set of games. It’s also interesting how minutes are managed considering this is Utah’s last game for a week. The Utah Jazz have won seven of their last nine preseason games.

The Los Angeles Lakers look to build on their first victory after a 1-3 preseason start. In a win over the Sacramento Kings, the Lakers shot 41.4 percent from the field and had 19 turnovers. Julius Randle led the Lakers with 17 points and 10 rebounds while Kyle Kuzma had 15 points and three assists. Brook Lopez was the third double-digit scorer and Alex Caruso grabbed five rebounds. The Lakers were awful offensively in the victory, but the defense allowed just 69 points, which was a drastic improvement from their previous three games. The Lakers now just have to find a balance with only two preseason games remaining, including this one. The Los Angeles Lakers have lost eight of their last nine preseason games.

The Los Angeles Lakers finally won a preseason game and have to be feeling themselves a little bit after so much sloppy play overall. The Jazz are on the end of a back-to-back and are playing a younger, more athletic squad, so I'll side with the younger legs and lay the one point with the home team.