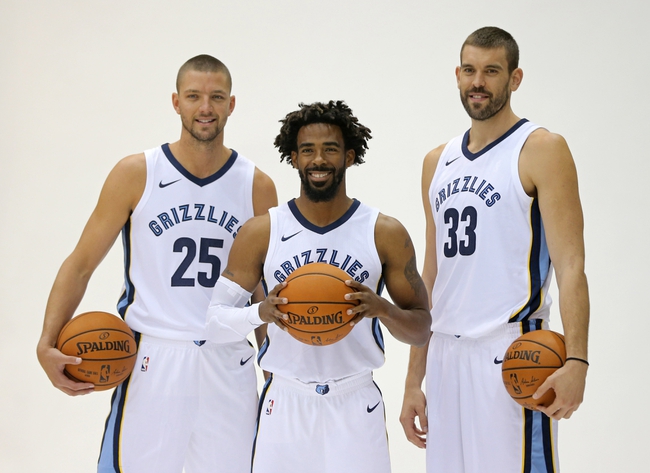 The Houston Rockets and Memphis Grizzlies meet Wednesday in NBA preseason action at the FedExForum on ESPN.

The Houston Rockets will play their third road preseason game and bring in a 3-0 record. In a win over the New York Knicks, the Rockets shot 54.1 percent from the field and made 22 threes. James Harden led the Rockets with 35 points and 11 assists while Clint Capela had 19 points and nine rebounds. Eric Gordon was the third double-digit scorer and Trevor Ariza grabbed eight rebounds. The Rockets probably wish the regular season starts tomorrow, as they’ve made a combined 44 threes in their last two games and are firing on all cylinders offensively. Granted, those games came against Shanghai and the Knicks, but it’s no secret this is how the Rockets want to play, and when those shots are falling, they’re deadly. The Houston Rockets have won eight of their last 10 preseason games.

The Memphis Grizzlies play their second home preseason game and hope to add to their 2-1 start. In a loss to the Atlanta Hawks, the Grizzlies shot 43.2 percent from the field and made four of 22 threes. James Ennis III led the Grizzlies with 14 points while Jeff Green had eight points and three rebounds. Marc Gasol grabbed 13 rebounds and Mike Conley dished three assists. The Grizzlies have to be better offensively, as they’ve topped 100 points just once in three games and are coming off a performance in which they had just one double-digit scorer. The Grizzlies have made the playoffs seven straight seasons, and if that streak is going to continue, the scoring has to be a bit more consistent. The Memphis Grizzlies have won five of their last eight preseason games.

With the way the Rockets are shooting the ball, I'm leaning to the over in this spot. The threes are falling at an insane rate and they'll get us close to this number by themselves if that continues. The Grizzlies have nowhere to go offensively and should get plenty of shots up with the Rockets fast pace. I'll take the over to avoid the big number in a preseason game.