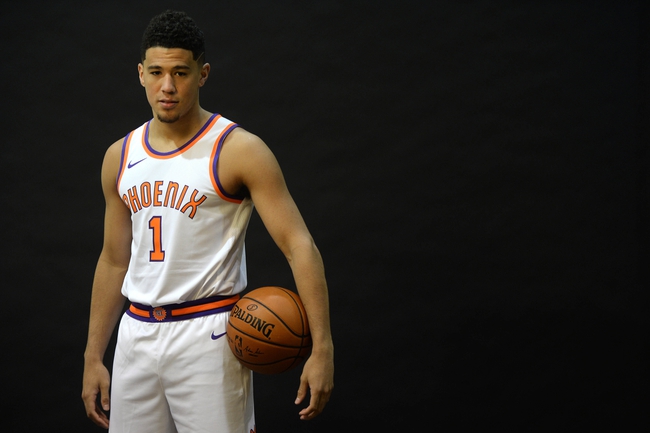 The Portland Trail Blazers look for a fourth straight victory to build on their 3-1 preseason record. In a win over the Kings, the Trail Blazers shot 42.1 percent from the field and had 17 turnovers. Jusuf Nurkic led the Trail Blazers with 16 points and seven rebounds while Damian Lillard had 14 points and three assists. CJ McCollum was the third double-digit scorer and Caleb Swanigan grabbed 12 rebounds. The Trail Blazers allowed just 39 percent shooting in their recent showing, a formula that will produce a ton of victories this season. Either way, the backcourt of Lillard and McCollum seems to be in regular season form, which is great news for this expecting playoff team. The Portland Trail Blazers have won seven of their last 11 preseason games.

The Phoenix Suns look to get back to a .500 record in preseason play after a 1-2 record. In a loss to the Utah Jazz, the Suns shot 45.6 percent from the field and had 32 turnovers. Devin Booker led the Suns with 19 points and four assists while Alex Len had 18 points and six rebounds. Josh Jackson was the third double-digit scorer and Tyson Chandler grabbed five rebounds. I know the Suns are a young basketball team and we usually see sloppy play in the preseason, but 32 turnovers is taking things to an entire new level. The Suns have a combined 52 turnovers in their last two games, and those are numbers that better be cleaned up quickly if their win total hopes to improve. The Phoenix Suns have split their last eight preseason games.

I'm not sure how much longer the Portland Trail Blazers are going to keep playing their starters with the regular season right around the corner, but I'll keep backing them until they let up. Lillard and McCollum have been on fire these preseason games and are the reason Portland is off to a 3-1 start. The Suns are turnover machines right now and are such a young team it may take a while to clean up. I'll eat the reasonable line with the Portland Trail Blazers.