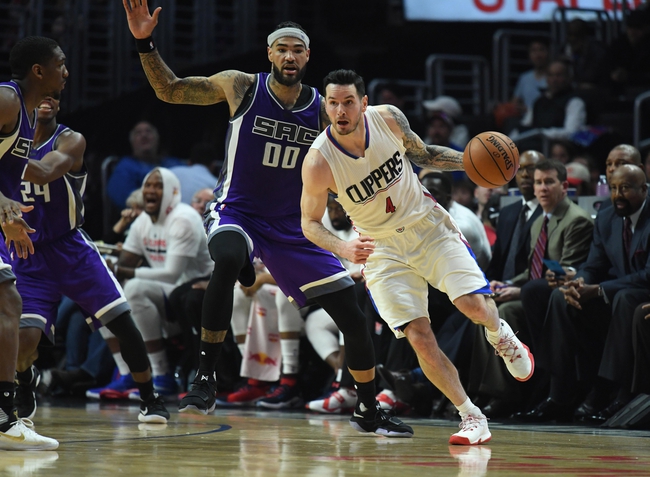 The Los Angeles Clippers welcome the Sacramento Kings to the Staples Center in Thursday NBA action.

The Sacramento Kings end their preseason on the road versus the Los Angeles Clippers. Sacramento struggled to put the ball in the basket last time out in a 97-83 defeat at the hands of the visiting Portland Trail Blazers and a decent defensive performance went for naught. Portland was held to 40% from the floor but that was golden with the Kings hitting shots at 30% with 13 fewer makes at the stripe.

Justin Jackson paced the Sacramento offense with 16 points on 5-10 including three bombs before fouling out. The duo of Skal Labissiere and Frank Mason tossed in 13 points apiece and combined for 12 rebounds while Willie Cauley-Stein and Georgios Papagiannis chipped in with eight points chipped in with eight points each Cauley-Stein snagging eight boards.

The Los Angeles Clippers continue the preseason at the Staples Center with the Sacramento Kings coming to town. Los Angeles could not buy a stop at the defensive end of the floor in a 134-106 loss to the visiting Portland Trail Blazers last time out. The Clippers allowed 73 first half points and were never able to get back in to the game.

Portland didn’t miss often on 53% shooting including a 13-28 performance from beyond the arc while Los Angeles mustered 40% accuracy for a difference of ten baskets which was decisive. Milos Teodosic and Blake Griffin each score 15 points to lead the LAC offense followed by Sindarius Thornwell with 14 points and five pulls while DeAndre Jordan with 12 points and 14 rebounds.

No line has been released so please check back later.