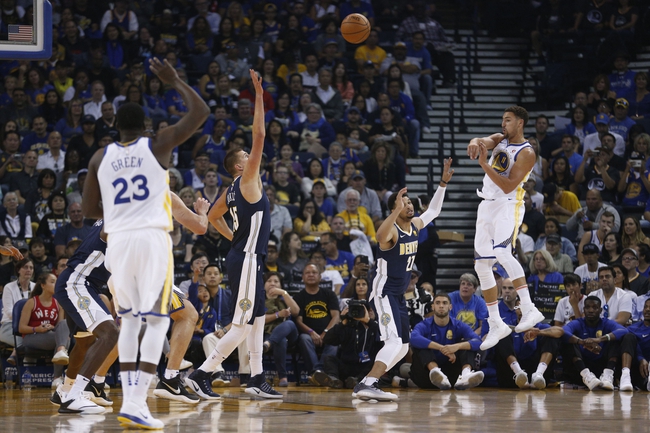 The Sacramento Kings look to end the preseason on a high note while snapping a four-game skid. In a loss to the Los Angeles Clippers, the Kings shot 40.3 percent from the field and had 26 turnovers. Zach Randolph led the Kings with 14 points and four rebounds while Buddy Hield had 12 points and three assists. Willie Cauley-Stein was the third double-digit scorer and Kosta Koufos grabbed 10 rebounds. The Kings just aren’t getting enough consistent offense, as they’ve produced 93 or less points in each of their last four games and are turning the ball over a ton. Regardless of how much stock you put into preseason games, you can’t exactly be hopeful for the regular season based on the way the Kings have played in their first five exhibition games. The Sacramento Kings have lost five of their last six preseason games.

The Golden State Warriors play their second home preseason game after a 1-2 record. In a win over the Minnesota Timberwolves, the Warriors shot 60 percent from the field and made 20 threes. Kevin Durant led the Warriors with 22 points and two rebounds while Stephen Curry had 40 points and eight assists. Klay Thompson was the third double-digit scorer and David West dished five assists. The Warriors return from China after lighting up Minnesota for 142 points and looking like a team that’s in regular season form. However, it will be interesting to see how the Warriors manage their stars minutes after not playing since last Sunday and this being the final preseason game. The Golden State Warriors have won seven of their last nine preseason games.

I'm sure the Warriors are going to play their starters a bit after almost a week off, which explains this high line. The Kings have zero chance. However, we're getting double-digit points in a meaningless preseason game. If you're laying this type of chalk in the preseason, you need some help. No matter if it wins or not, the value is with the Kings and the points.