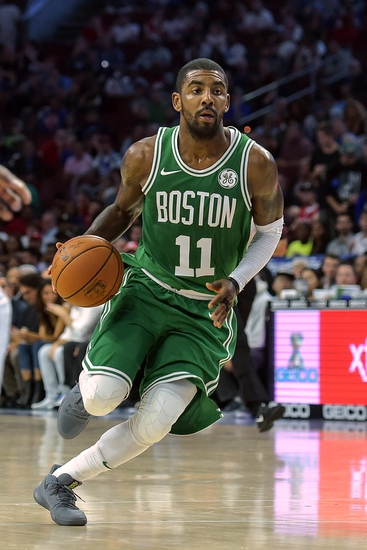 The Boston Celtics pay a visit to the Quicken Loans Arena to battle the Cleveland Cavaliers in the NBA season opener.

The Boston Celtics will be looking to build on their breakout success from last season where they captured the finished atop the Eastern Conference and went all the way to the Eastern Conference Finals. Isaiah Thomas, Avery Bradley and Jae Crowder all played major roles in the team’s success but have since been replaced by Kyrie Irving and Gordon Hayward in what was one of the busiest offseasons in recent memory.  With so many new pieces, the Celtics will surely go through some early growing pains but they looked pretty impressive in the preseason where they went 4-0.

Meanwhile, the Cleveland Cavaliers will be eager to test out their revamped lineup after falling short in NBA Finals last season. Despite the departure of the team’s second leading scorer in Irving, the Cavs were able to add Dwyane Wade, Isaiah Thomas, Dwyane Wade, Jae Crowder, Jose Calderon and Derrick Rose so it’s fair to say that the Cavs are a stronger and deeper team. LeBron James sat out the final preseason game with a sore left ankle so his status for the season opener is in doubt, while the newly acquired Thomas has an injured hip which is expected to keep him out until December.

LeBron’s status for this game is uncertain which would be a big blow for the Cavs who historically struggle when he doesn’t suit up. It’s going to take some time for both teams to adjust to all the new players, but I have to give the edge to the Celtics to kick off their season with a win behind a big game from Irving who will surely be eager to prove he can succeed as the primary scorer for a contender.