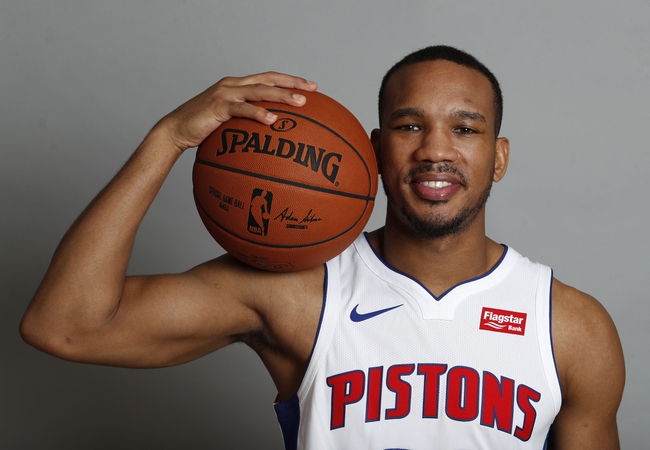 The Charlotte Hornets and Detroit Pistons meet Wednesday in NBA action at the Little Caesars Arena.

The Charlotte Hornets hope to get back in the playoff conversation after winning just 36 games last season. The Hornets still have their go-to player in Kemba Walker, but the addition of Dwight Howard could help this team tremendously. Howard has had success with Steve Clifford in the past and we’ve seen what he’s capable of when he’s motivated and used properly. The drafting of Malik Monk could also help the Hornets, especially now that Nicolas Batum will miss time with injury. Monk is a shotmaker who shined in the preseason and consistent scoring is always needed on this team that’s hard its fair share with scoring droughts over the years. I’m always iffy on the Hornets roster, but there’s some intriguing pieces in place for them to make a playoff push in the East. The Charlotte Hornets have lost five of their last eight road games. Michael Kidd-Gilchrist is questionable.

The Detroit Pistons are another team that took a step back last season after just 37 victories. The Pistons have a decent nucleus with Andre Drummond, Stanley Johnson, Reggie Jackson, Tobias Harris and now the newly added Avery Bradley. They’re led by one of the top coaches in the league in Stan Van Gundy. There’s really no excuse why the Pistons shouldn’t be winning games at a higher clip and making the playoffs in a bad conference. However, if things are going to be different this year, the Pistons have to be better offensively, as they finished 26th in points per game last season and 28th in three-point shooting percentage. It’s hard to win in today’s league when scoring is an issue and you can’t knockdown the long ball. We’ll see early if the Pistons have improved on that side of the court. The Detroit Pistons have lost five of their last seven home games.

As mentioned earlier, the Detroit Pistons have enough returning talent to where they should hit the ground running. Bradley is one of those players who doesn't demand the ball much, so he's kind of a plug and play type guy who will fit in with these Pistons right away. The Hornets are limited on the offensive end with Batum out, and Howard will have his hands full in the post with Howard. I like the Pistons to get the victory here and cover the small line.