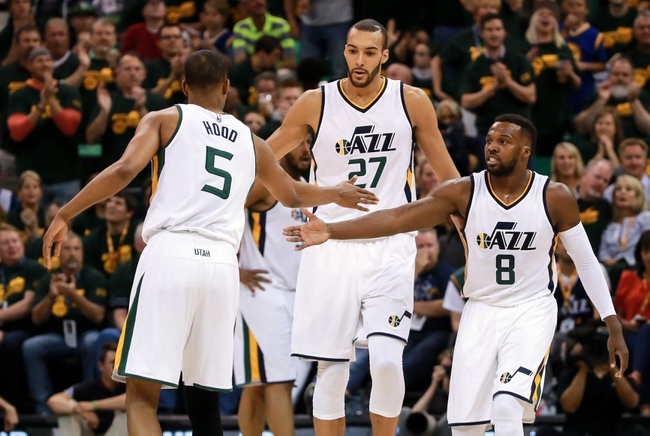 The Denver Nuggets just missed the playoffs last season after 40 victories, and they hope to finally take that next step this season. With established talent such as Jamal Murray, Nikola Jokic and Gary Harris already on the roster, the Nuggets went ahead and bolstered the roster with Paul Millsap and Richard Jefferson. Millsap gives the Nuggets another scorer and great rebounder, who will take pressure off guys such as Jokic, and lead to more consistent play. Jefferson provides a spark off the bench despite his age and can still help a team win, as he did with the Cleveland Cavaliers. Throw Will Barton and a full season of Mason Plumlee in the mix, and the Nuggets will be one of the more exciting teams to watch and can make noise in the Western Conference. The Denver Nuggets have won four of their last five road games.

The Utah Jazz won 51 games last season and had a promising future, but things will look different with Gordon Hayward now in Boston. The Jazz did what they could by making a trade for Ricky Rubio, signing Thabo Sefolosha and drafting Donovan Mitchell, but it’s going to be tough to replace a young all-star who was the primary scorer. The good news for Utah fans is that hope isn’t lost, as Rudy Gobert is still one of the top big man in the league and an elite defender, while Rodney Hood and Joe Ingles have really come into their own and can carry this team offensively for stretches. The Jazz also still have old man Joe Johnson, who has shown there’s still something left in his tank and can be a key sixth man yet again. The Jazz will be in the playoff conversation until the end. The Utah Jazz have won nine straight home games.

The Jazz still have a nice team that's well coached and is going to play defense, which makes Utah still a playoff contender in the West. However, the Nuggets have more talent overall and are a lock for the postseason if they play to their potential. We saw flashes of that in the preseason and I expect it to continue early in the regular season. The better team is favored in this contest, which is something I rarely turn down. Free points with the better team? Sign me up. I'll take my free bucket with the Denver Nuggets.