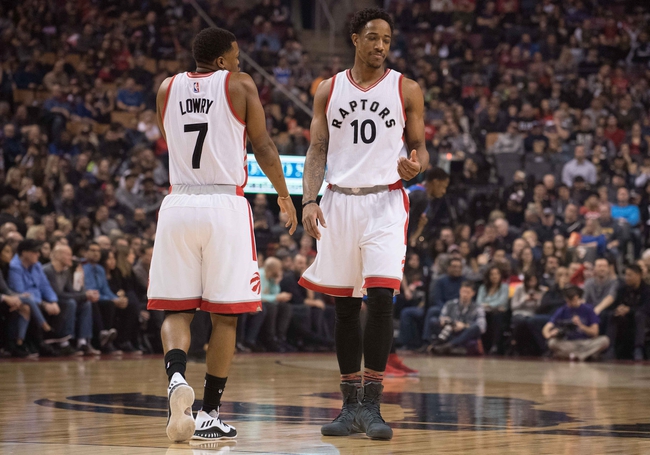 The Chicago Bulls and Toronto Raptors meet Thursday in NBA action at the Air Canada Centre.

The Chicago Bulls are in full rebuild mode after 41 wins last year and trading away Jimmy Butler, Dwayne Wade and losing Rajon Rondo. This season is all about finding out who can play and who is worth keeping along the way. However, things got even worse for the Bulls on Tuesday when Bobby Portis punched Nikola Mirotic in the face. Mirotic is now out several weeks due to a face fracture and Portis has been suspended by the team for eight games. The Bulls are already a limited roster talent wise, and it doesn’t help that five of their better players are out with injuries (Kris Dunn, Zach LaVine and Cameron Payne included). Needless to say, a long season for Chicago fans found a way to get a little bit longer. The Chicago Bulls have lost eight of their last 12 road games. Paul Zipser is questionable with a back injury.

The Toronto Raptors are coming off a 51-win season and hope to finally take that next step as a legit East contender. The Raptors still have one of the better backcourts in the league with DeMar DeRozan and Kyle Lowry, but they hope the addition of CJ Miles can remove some of the scoring pressure. In years past, it’s been those two or bust, but Miles is a consistent double-digit scorer for his career and shot 41.3 percent from three last season, a career high. Jonas Valanciunas and Serge Ibaka fill out the Raptors starting five, which can go toe-to-toe with any in the Eastern Conference. The Raptors have been on the cusp of being a team capable of reaching the NBA Finals, Canada only hopes this is the year to breakthrough. The Toronto Raptors have won 10 of their last 13 home games.

It's always risky to lay double-digit chalk in the beginning of the season, as we saw Tuesday with the Warriors and Rockets. The bottom line is guys are getting back in the swing of things, knocking off rust and sometimes weird things happen. However, the Bulls had an extremely limited roster before the Portis incident. Now, many NBA fans can't name five players on the active roster. If the Raptors take this game seriously and come out firing on all cylinders, there's not enough talented, healthy bodies for the Bulls to respond. This game could get very ugly.