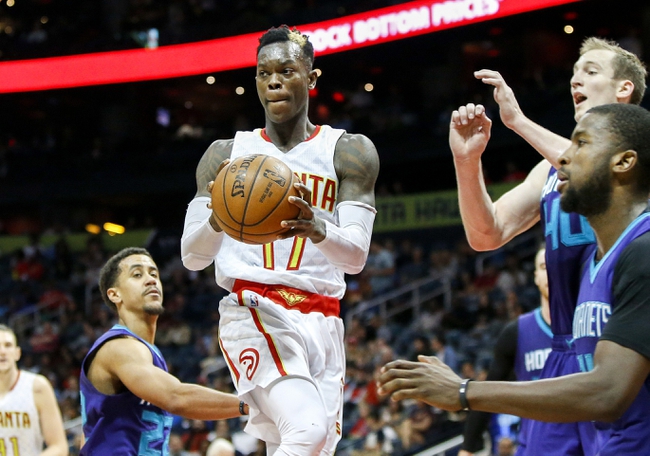 The Atlanta Hawks pay a visit to the Charlotte Hornets at the Spectrum Center on Friday night.

The Atlanta Hawks will be aiming for a second straight win to start the season after sneaking past the Mavericks in a 117-111 win on Wednesday. Dennis Schroder led the team with 28 points and seven assists on 13 of 26 shooting from the field. Marco Belinelli looked great off the bench with 20 points while John Collins chipped in with 14 points as the Hawks shot a healthy 51 percent from the field and nine of 18 from the three-point line and they were red-hot in the fourth quarter where they scored 35 points to come away with the road win.

Meawhile, the Charlotte Hornets will be hoping to avoid a second straight loss after falling to the Pistons in a 102-90 defeat on Wednesday. Kemba Walker led the team with 24 points and four assists, Jeremy Lamb added 15 points while Dwight Howard chipped in with 10 points and 15 rebounds, but the Hornets were always fighting an uphill battle after falling behind by 11 points in the second quarter. As a team, the Hornets shot just 39 percent from the field and coach Steve Clifford implied that there could be some early changes to the starting lineup.

The Hornets will be eager to snatch their first home win of the season, but it won’t be easy for them as they don’t seem to be settled on their starting lineup. Instead, I’m going to side with the road team underdogs to come into town and escape with the win behind another big game from Schroder. I like the way the Hawks battled back in their win on Wednesday and I think they’ll come out on top if it’s close again.