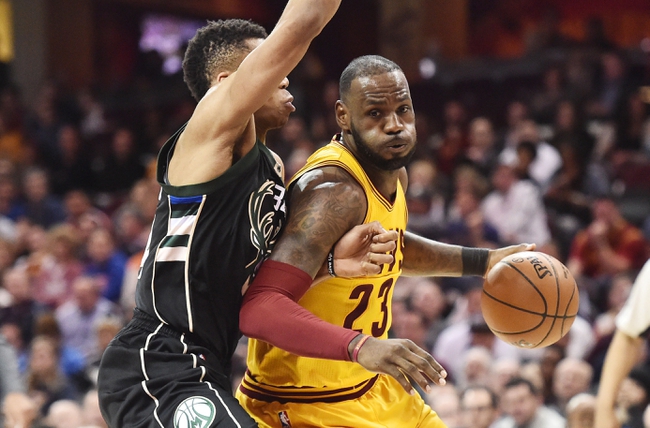 The Cleveland Cavaliers and Milwaukee Bucks meet Friday in NBA action at the BMO Harris Bradley Center on ESPN.

The Cavs found a way to win their opener, but they weren't 100 percent sharp, as they still have defensive issues and are learning how to play together with their new players. LeBron also admitted that his ankle is still an issue and that his conditioning isn't where he'd like it to be. The Bucks have big goals this season and a 2-0 start over the two top teams in the East would make an early statement to the rest of the conference. The defensive pressure is going to cause Cleveland issues, and this is a game the Bucks could win. I'm high on Milwaukee this season. Give me my free bucket.