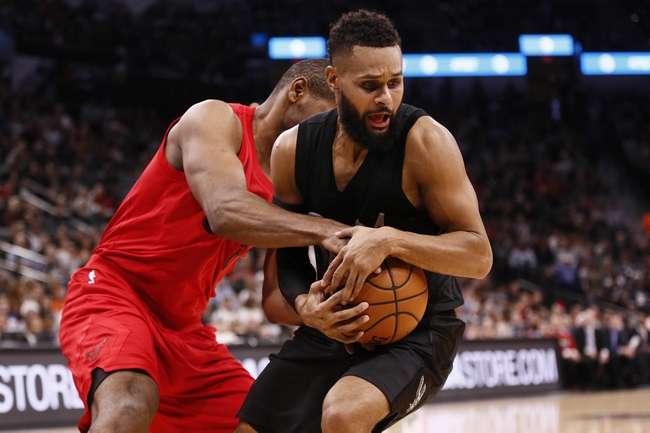 The San Antonio Spurs pay a visit to the Chicago Bulls at the United Center on Saturday night.

The San Antonio Spurs kicked off their season with a hard-fought 107-99 home win over the Timberwolves on Wednesday night. LaMarcus Aldridge led the team with 25 points, 10 rebounds and four assists, Danny Green added 17 points, Dejounte Murray added 16 points while Rudy Gay chipped in with 14 points off the bench as the Spurs won without sat out with a quad injury and remains without a timetable for his return. Tony Parker is also dealing with a quad injury but he is expected to return by December, so Patty Mills and Dejounte Murray will both see uptick in their minutes to cover.

Meanwhile, the Chicago Bulls will be hoping to bounce back after getting routed by the Raptors in a 117-100 road loss on Thursday night. Robin Lopez led the team in scoring with 18 points, Lauri Markkanen added 17 points in his NBA debut while Justin Holiday chipped in with 15 points. However, the Bulls couldn’t do too much to hang with the Raptors after getting blown away in the second quarter where they were outscored by 33-14. The Bulls were without Nikola Mirotic who is dealing with facial fractures and a concussion thanks to a fight with teammate Bobby Portis who has now been suspended for eight games.

The Bulls were really dealt a tough hand with the injury to Mirotic and suspension to Portis because they were already lacking depth in their lineup. The Bulls will try their best to stay competitive in front of their home crowd, but Lopez was their leading scorer in their last game and that’s never a good sign. Even without Leonard or Parker, I think the Spurs will be too much and I see them winning this one by double digits.