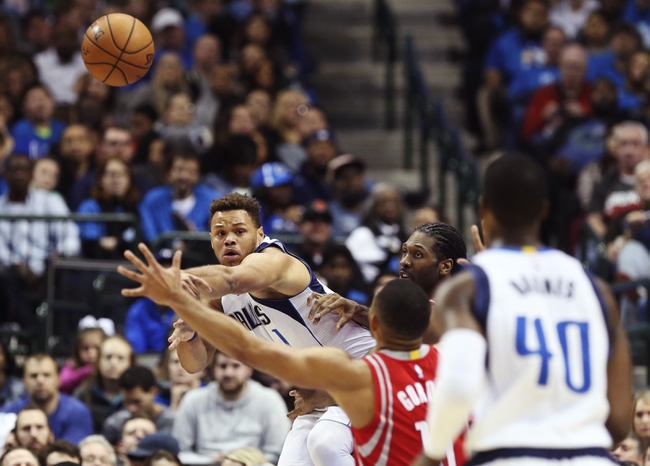 The Dallas Mavericks and Houston Rockets meet Saturday in NBA action at the Toyota Center.

I thought the Mavs had a decent little team that could surprise people, and while I don't want to jump off the bandwagon this early, they did lose to the rebuilding Hawks and Kings at home. Now, Dallas is on the end of a back to back, playing a Rockets squad that has been lighting it up offensively. Based on what we've seen from the Mavericks in two games, I'm not sure what they're going to do. This is a lot of points to give up, but I see no reason to take the Mavs.