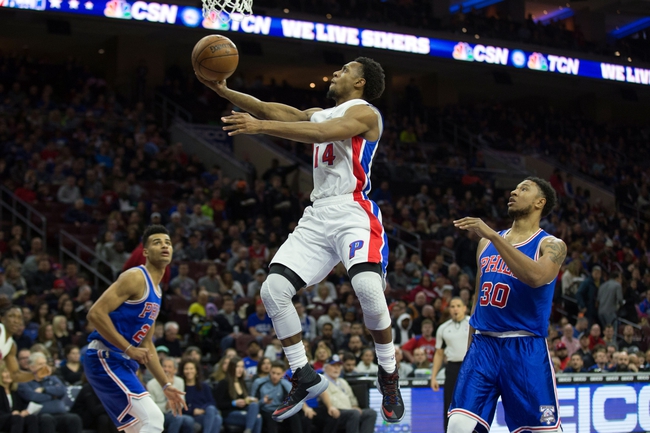 The Philadelphia 76ers and Detroit Pistons meet Monday in NBA action at the Little Caesars Arena.

The Philadelphia 76ers haven't looked like the playoff team everybody has been expecting this season, as the defense has been downright awful if we're being honest. I'm not sure going on the road is going to help things. The Detroit Pistons have been rather impressive in their first couple of games and their only loss was a game against the Washington Wizards that came down to the wire. I'll lay the buckets here with the Pistons, as I like what I've seen so far.