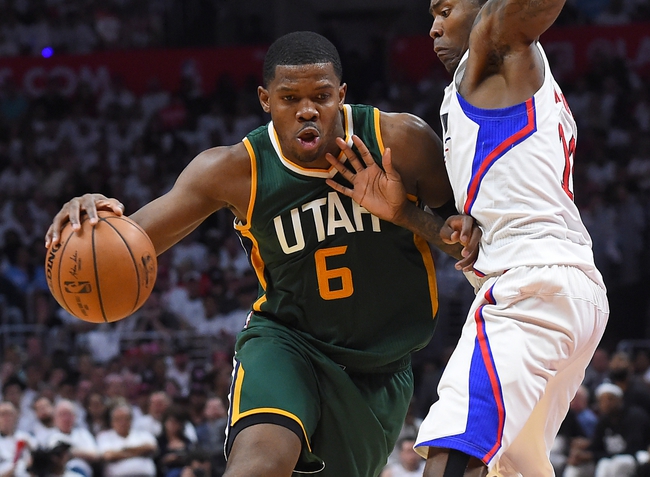 The Utah Jazz and the Los Angeles Clippers do battle at the STAPLES Center on Tuesday night.

The Utah Jazz will be aiming for their third win of the season after silencing the Thunder in a 96-87 home win on Saturday. Joe Ingles drained five three-pointers to lead the team with 19 points, while Ricky Rubio and Rudy Gobert added 16 points apiece as the Jazz shot 49 percent from the field. However, it was on the defensive end where the Jazz were most impressive as they held the Thunder to just 14 points in the first quarter which really set the tone for the rest of the game.

Meanwhile, the Los Angeles Clippers will be aiming to stay undefeated after blowing past the Suns in a 130-88 rout on Saturday. Blake Griffin led the way with 29 points, Lou Williams added 18 points while Patrick Beverley chipped in with 15 points as the Clippers shot a sizzling 54 percent from the field and 12 of 26 from the three-point line. Unfortunately, Milos Teodosic had to be carried off the floor in the second quarter with a foot injury so he is expected to miss some time.

This will be a big test for a Clippers team that's played nothing but bottom feeders in their first two games, but being at home and the improved outside shooting should help them get over the top. Hitting the outside shot is one way to beat this Utah defense, and Lou Williams and Gallinari help provide that for the Clippers. Not to mention DeAndre and Blake can help prevent Gobert from taking over this contest. The home team and the reasonable line seems to be the play here.