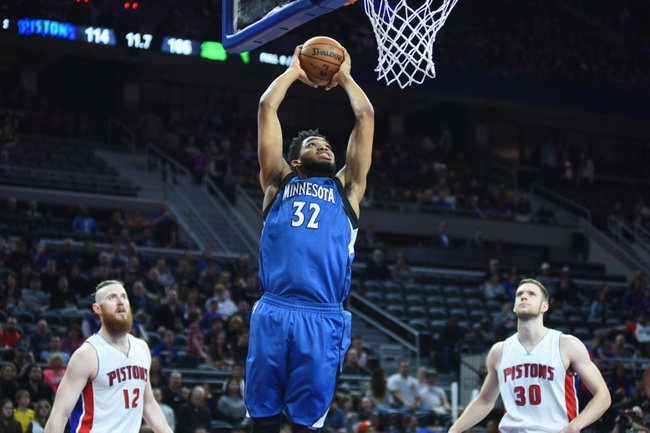 The Minnesota Timberwolves and Detroit Pistons meet Wednesday in NBA action at the Little Caesars Arena.

We've been waiting years for the Minnesota Timberwolves to turn the corner, and even with even more talent on the roster, they seem to be the same old Minnesota Timberwolves. A blowout loss last night at home to the Indiana Pacers without Myles Turner is not a good look. The Pistons have been playing decent ball for the most part and obviously have the rest advantage. However, the Timberwolves are easily the more talented team here and after getting beat up last night, they should be eager to get back on track. This line isn't high enough for me to consider Detroit. I'll side with the better team and the small line.