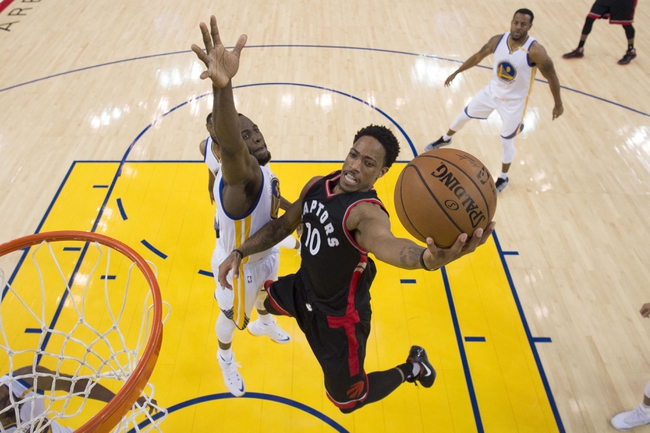 The Toronto Raptors and Golden State Warriors meet Wednesday in NBA action at the Oracle Arena.

After a sluggish start to the season, the Golden State Warriors are due for a breakout performance, and it might as well come at home. The Raptors are expected to be without Valanciunas and DeRozan is questionable with an injured thigh. If neither of those guys play, this thing could get very ugly for a Raptors squad that will be without two of their top players. Have to like the Warriors to win this game by double digits.

The pick in this article is the opinion of the writer, not a Sports Chat Place site consensus.
Previous Pick
Sacramento Kings vs. Washington Wizards - 10/29/17 NBA Pick, Odds, and Prediction
Next Pick
NBA News