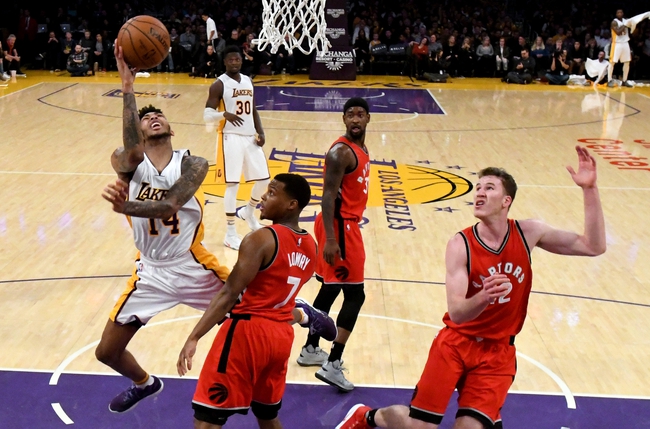 The Toronto Raptors and Los Angeles Lakers meet Friday in NBA action at the Staples Center.

I still haven't been able to figure out the Lakers, as they win when I think they're going to get crushed, and they lose when I give them a chance to win. With that said, the Lakers have won two of their last three games and the only game they were completely outplayed was the season opener against the Clippers. The Raptors have not won on the road this season and not having Jonas Valanciunas on the court will hurt with the Lakers playing Brook Lopez, Andrew Bogut and Julius Randle. I look for the Lakers to control the glass and keep this one close even if they don't win. I'll take the points, as I hope to finally be right on a Lakers game this season.