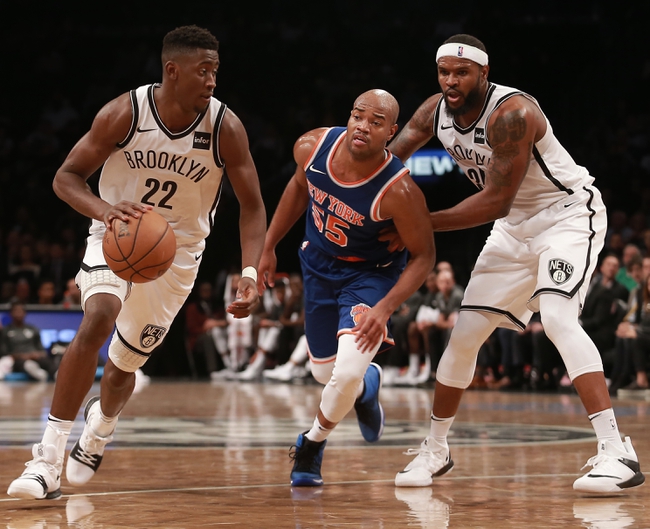 The New York Knicks play host to the Brooklyn Nets at Madison Square Garden in a battle of the boroughs on Friday night.

The New York Knicks are still without a win after three games into the season and they didn’t look too competitive in Tuesday’s 110-89 loss at Boston. Enes Kanter led the team with a double-double of 16 points with 19 rebounds, Courtney Lee added 13 points while Kristaps Porzingis finished with just 12 points on three of 14 shooting. As a team, the Knicks shot just 42 percent from the field and one of 12 from the three-point line, but this game was over before it really began as the Knicks found themselves down by 54-33 going into the halftime break.

Meanwhile, the Brooklyn Nets will be feeling pretty good with their start to the season as they’ve won three of five games including a 112-107 home win over the Cavaliers on Wednesday. Spencer Dinwiddie led the team with 22 points and six assists, Rondae Hollis-Jefferson and Allen Crabbe added 19 points each while DeMarre Carroll chipped in with 18 points. As a team, the Nets shot 43 percent from the field and 17 of 46 from the three-point line as they rallied in the second half to escape with a big win despite playing without their leader in D’Angelo Russell.

The Knicks will be desperate to earn their first win of the season and they'd love it to be against the Nets at home. However, the Knicks look like a complete mess on the offensive end and that was in full display against the Celtics on Tuesday, so I'm actually going to stick with the upstart Nets to stay hot following their massive upset against the Cavaliers.