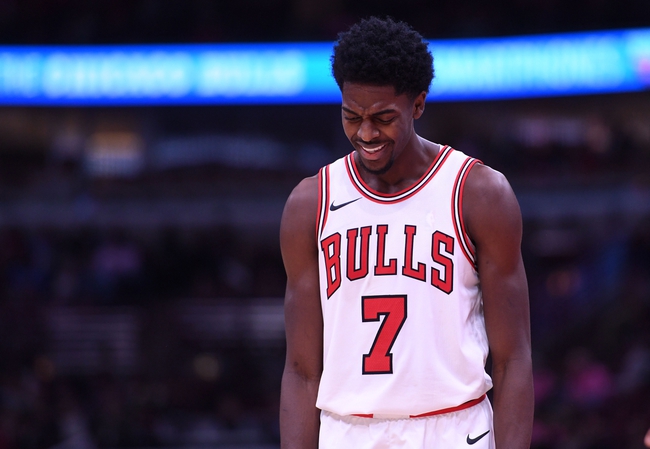 The Oklahoma City Thunder and Chicago Bulls meet Saturday in NBA action at the United Center.

I'm not laying this type of number, as the Thunder are still trying to figure things out with two new starts, and they're on the end of a back-to-back. Instead, I'll take the over on this somewhat low total. The over has hit in seven of the last 10 games when OKC is on the end of a back-to-back, and both of these teams have allowed some decent shooting percentages. This could be the game the Thunder have an offensive explosion instead of the sluggish, inconsistent ball we've seen so far. The Bulls have also topped 100 points in two of their first four games. Give me the over.