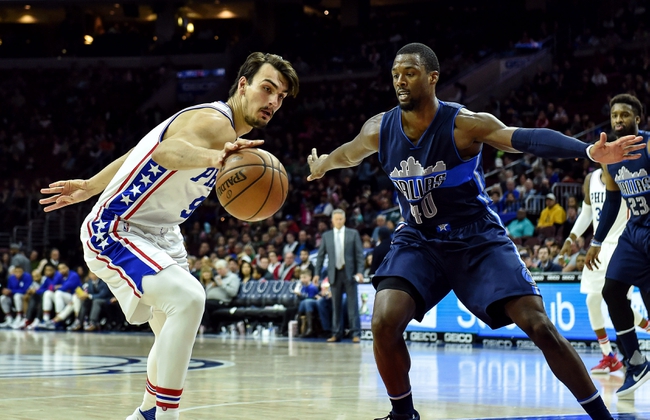 The Philadelphia 76ers pay a visit to the Dallas Mavericks at the American Airlines Center on Saturday night.

The Philadelphia 76ers have lost four of their first five games but none of those hurt more than Wednesday’s 105-104 home loss to the Rockets. JJ Redick led the team with 22 points, Joel Embiid added 21 points while Robert Covington chipped in with 20 points. Ben Simmons added 14 points with seven rebounds and nine assists as the 76ers shot 44 percent from the field, but they were held scoreless in the final 3:05 which allowed the Rockets to steal the game on a buzzer-beating three from Eric Gordon.

Meanwhile, the Dallas Mavericks have lost five of their first six games to start the season and they will be hoping to bounce back from Thursday’s 96-91 loss at Memphis. Harrison Barnes led the team with 22 points and 11 rebounds, Wesley Matthews added 18 points while Dirk Nowitzki chipped in with 14 points, but the Mavs left themselves too much ground to make up after falling behind by as many as 22 points in the second quarter. Dennis Smith Jr. scored 19 points in the Mavs’ win on Wednesday, but finished with just nine points on four of 14 shooting on Thursday.

The 76ers haven't enjoyed much success so far this season, but they really should have sealed the deal against the Rockets and you just get the feeling they're overdue for a win. You could probably say the same thing for the Mavs who showed plenty of fight to almost overcoming a 22-point deficit in their last loss. This is a bit of a coin clip, but the home team is 7-0 ATS in the last seven meetings so I'm taking the Mavs in this one.