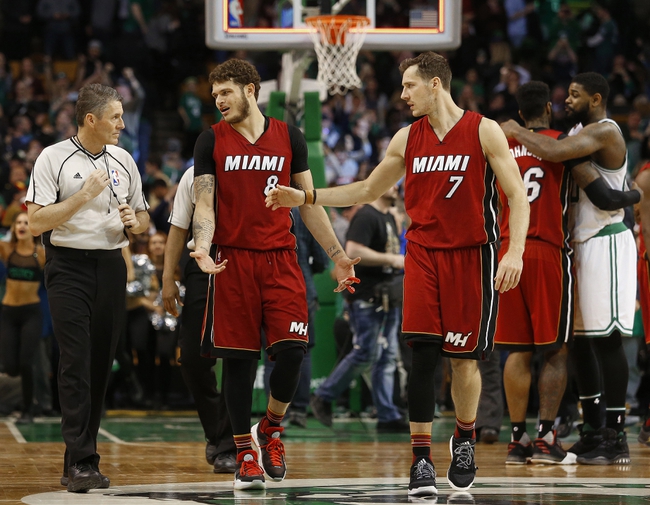 The Boston Celtics and Miami Heat meet Saturday in NBA action at the American Airlines Arena.

The Heat are still without their big man and continue to struggle on defensive without him. Miami isn't the same team without Whiteside in the middle of the paint. Meanwhile, the Celtics are learning how to play together and seem to improve at both ends with each passing game, especially defensively with Marcus Smart back. I have to side with the Celtics and the small chalk. I don't have a lot of confidence with the Heat as long as one of their best players is injured.