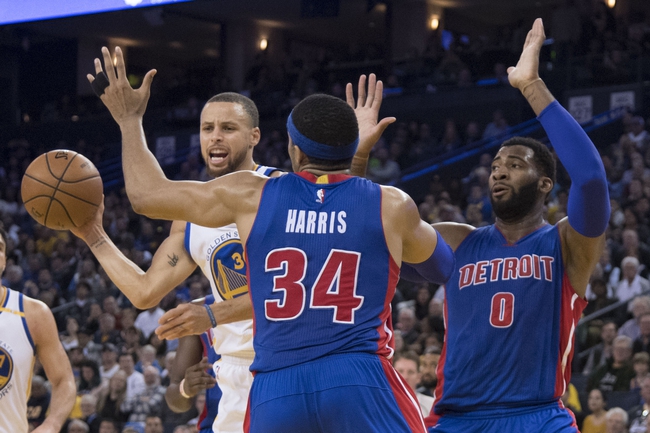 The Detroit Pistons and Golden State Warriors meet Sunday in NBA action at the Oracle Arena.

I know the Detroit Pistons are on the end of a back to back, but the Warriors haven't looked like the Warriors lately, and there's a chance Draymond will be suspended for this contest. The Pistons have been decent to start the season, and this is simply too many points to lay given those few factors. I likely won't be betting this game, but if forced to pick, I'll side with the points as more of a fade from Golden State.