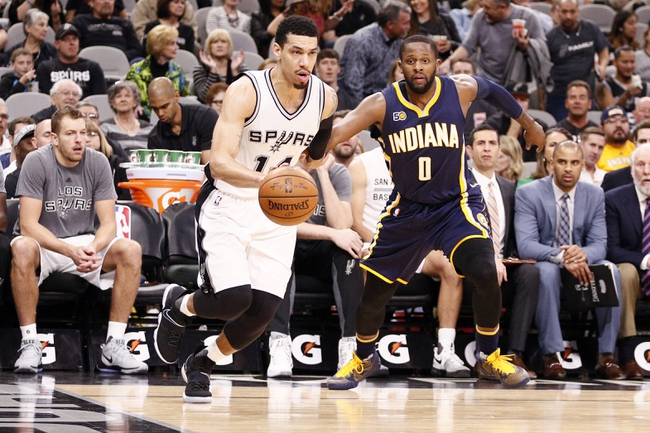 The San Antonio Spurs and the Indiana Pacers do battle at Bankers Life Fieldhouse on Sunday afternoon.

The San Antonio Spurs did very well to win their first four games of the season without their leader in Kawhi Leonard, but now they’ll be looking to bounce back after Friday’s 114-87 blowout loss at Orlando. LaMarcus Aldridge continued his hot start to the season with a team-high 24 points and 11 rebounds while Pau Gasol and Patty Mills chipped in with 12 points each, but no other player finished in double figures as the Spurs shot just 33 percent from the field and four of 24 from the three-point line. It was clearly the Spurs’ worst game of the season as they came out flat and paid the price as they trailed by as many as 36 points.

Meanwhile, the Indiana Pacers have lost three of their first five games and they will be hoping to get back into the winner’s circle after Wednesday’s 114-96 blowout loss at Oklahoma City. Victor Oladipo led the team with 35 points on 11 of 18 shooting, Darren Collison added 18 points while Thaddeus Young chipped in with 14 points. As a team, the Pacers shot just 34 percent from the field as they struggled playing their second road game in as many nights. Myles Turner sat out his fourth straight game as he’s yet to be cleared through the NBA’s concussion protocol and his status for Sunday is uncertain.

Myles Turner is likely to sit out again as his concussion could be more serious than the doctors originally thought, so that’s a real loss for this Pacers team who are struggling without him. I like the Spurs to take advantage and bounce back with a double-digit win after getting embarrassed in their last outing.