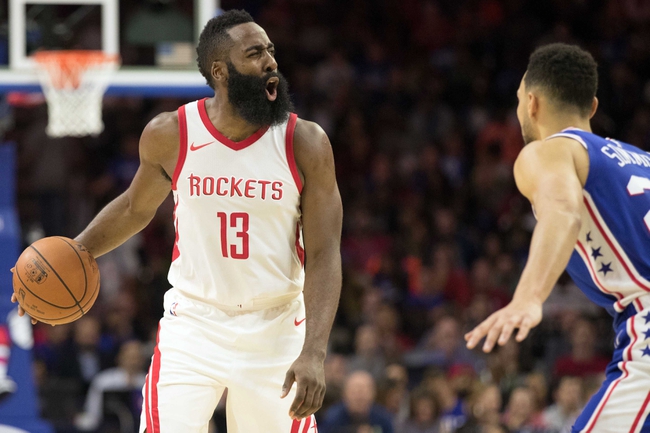 The Philadelphia 76ers travel to the Toyota Center to battle the Houston Rockets on Monday.

The Philadelphia 76ers have lost four of their first six games of the season but they will be looking to build on Saturday’s 112-110 win at Dallas. Ben Simmons steered the offense with 23 points, seven rebounds and eight assists, Joel Embiid added 24 points with nine rebounds and four assists while TJ McConnell chipped in with 15 points and eight assists off the bench. As a team, the 76ers shot 49 percent from the field and 16 of 35 from the three-point line. JJ Redick sat out the game with tightness in his lower back and his status for Monday is uncertain.

Meanwhile, the Houston Rockets have won five of their first seven games of the season but they will be looking to bounce back after Saturday’s 103-89 loss at Memphis. Ryan Anderson drained seven three-pointers en route to a team-high 22 points while James Harden added 20 points and eight assists but he shot just six of 19 from the field. As a team, the Rockets shot just 37 percent from the field and 14 of 38 from the three-point line as they struggled to find offense in the absence of Chris Paul and Eric Gordon. Defensively, the Rockets actually did a great job of limiting the effectiveness of the Grizzlies’ starting lineup, but the Grizzlies’ reserves were really the difference in this game as they combined for 67 points.

Peter’s Pick There is no line yet for this game so please check back later for my free pick.