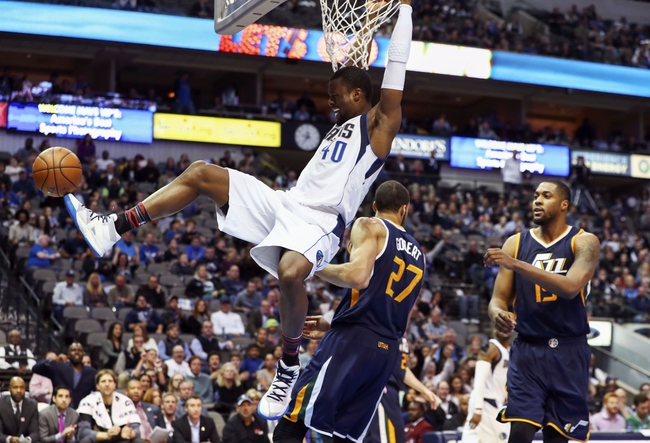 The Dallas Mavericks pay a visit to the Utah Jazz at the Vivint Smart Home Arena on Monday.

The Dallas Mavericks are just 1-6 on the season and they will be hoping to avoid a third straight defeat after Saturday’s 112-110 loss to the 76ers. Harrison Barnes led the team with a game-high 25 points, Wesley Matthews added 19 points while Yogi Ferrell chipped in with 17 points off the bench but in a disappointing end to the game, he would miss the final two free throws which would have sent the game into overtime. As a team, the Mavs shot 51 percent from the field and 19 of 40 from the three-point line in the loss.

Meanwhile, the Utah Jazz were able to put a halt to a two-game skid with a 96-81 blowout win over the Lakers on Saturday. Ricky Rubio steered the offense with 21 points and four assists while Derrick Favors finished with a double-double of 14 points with 10 rebounds, but the x-factor for the Jazz was actually Donovan Mitchell who finished with a career-high 22 points off the bench. As a team, the Jazz did a great job on the defensive end to hold the Lakers to just 38 percent shooting from the field and five of 22 shooting from the three-point line, but they’ll be hoping to get more offense out of Rudy Gobert who scored just six points and eight rebounds in 33 minutes of action.

The Mavs will be eager to get back on the court and make up for their mistakes in Saturday’s narrow loss to the 76ers. However, the Mavs have struggled all season and are running into an elite defensive team which is still a perfect 3-0 at home. I can’t see the Mavs scoring enough points to keep it close so I’m taking the Jazz to get the win and cover in a low-scoring affair.