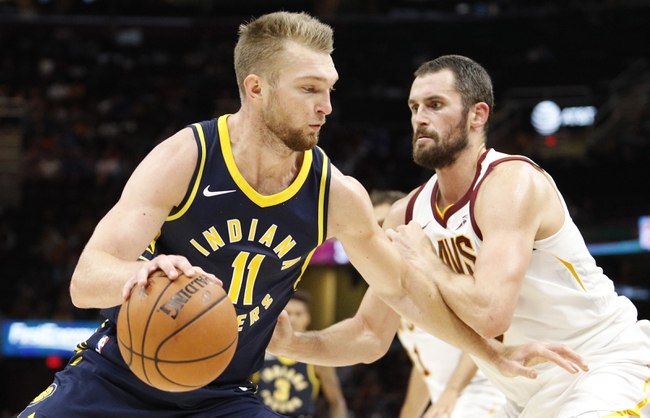 The Indiana Pacers pay a visit to the Cleveland Cavaliers at the Quicken Loans Arena on Wednesday night.

The Indiana Pacers have won three of their last four games and they will be aiming for a third straight after last night’s 101-83 win over the struggling Kings. Bojan Bogdanovic led the team with 17 points, Thaddeus Young scored 15 points while Domantas Sabonis finished with 12 points, 16 rebounds and five assists. As a team, the Pacers shot just 42 percent from the field but they dominated on the defensive end, especially in the first half where they held the Kings to just 30 points. Myles Turner sat out his sixth straight game as he deals with concussion and he has already been ruled out for Wednesday.

Meanwhile, the Cleveland Cavaliers will be desperate to put an end to a three-game losing streak after getting blown out by the Knicks by 114-95 at home on Sunday. Kevin Love led the scoring with 22 points, LeBron James added 16 points with 10 rebounds and seven assists while Derrick Rose added 15 points in his first game back from a four-game absence. Three of the Cavs’ four games have now come against teams who weren’t in the playoffs last season, so the Cavs decided to have a team meeting in an attempt to arrest the slide.

The Pacers have really done a great job of continuing to win games without their best player in Turner and it’s going to take another big effort to come out on top in this one. On the other hand, the Cavs have been struggling mightily but you just get the feeling their long overdue for a double-digit win, especially at home against a Pacers team playing on zero days’ rest. I like the Cavs to get the win, but I think the Pacers have been playing well enough to keep this one to single digits