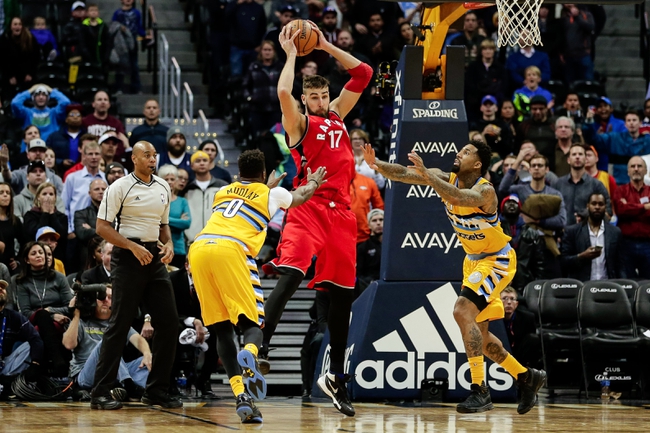 The Toronto Raptors and Denver Nuggets meet Wednesday in NBA action at the Pepsi Center.

The Raptors are dealing with injuries to Valanciunas and Ibaka, and the Nuggets have played their best basketball at home. I also feel like it's only a matter of time before the Nuggets start to jell and put wins together. Without two key players or even two key players banged up, the Raptors are putting even more pressure on their star backcourt to carry the team. I like Jokic to have a big game and for the Nuggets to get the victory in this toss-up.