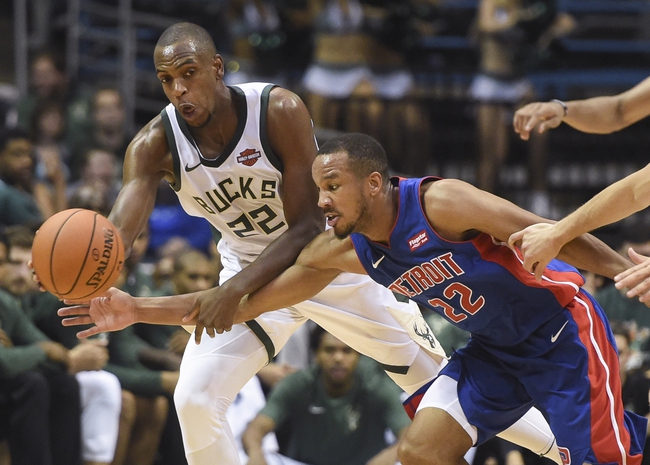 The Milwaukee Bucks and Detroit Pistons meet Friday in NBA action at the Little Caesars Arena.

The Bucks have won the last three games against the Pistons, but this is a whole different Detroit squad, as the addition of Bradley has paid off big time up to this point. The Pistons have become a much more consistent offensive team and continue to get the stops down the stretch to pull away when needed. There's also new energy now that Detroit is actually playing in Detroit. The Bucks have had their hiccups on the road here and there, and they're getting killed from the outside. I'll lay the bucket with the home team here.