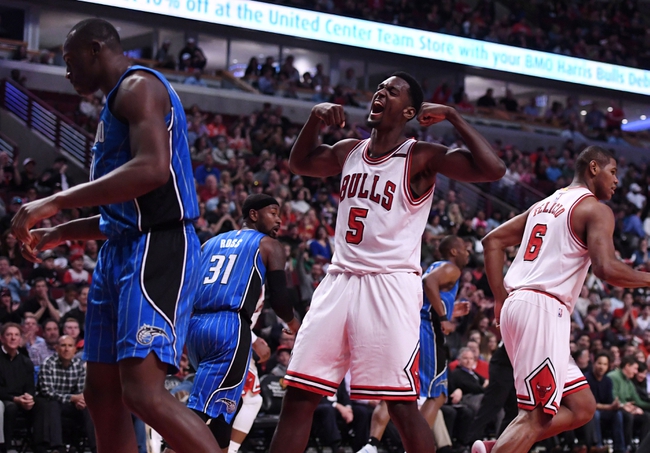 The Chicago Bulls pay a visit to the Amway Center to take on the Orlando Magic on Friday night.

The Chicago Bulls have five of their first six games and they will be hoping to snap a two-game skid following Wednesday’s 97-91 loss at Miami. Lauri Markkanen led the team in scoring with 25 points on nine of 18 shooting, Robin Lopez added 22 points while Kris Dunn chipped in with 11 points. No other Bulls player finished in double figures in scoring as they shot just 40 percent from the field and seven of 28 from the 3-point line where they were woeful until the last two minutes of garbage time where they drained five to keep the final score respectable.

Meanwhile, the Orlando Magic have won six of their first eight games and they will be hoping to stay hot after sneaking past the Grizzlies in a 101-99 road win on Wednesday. Evan Fournier led the way with 22 points and eight rebounds, Aaron Gordon added 19 points while Terrence Ross chipped in with 15 points. As a team, the Magic shot a healthy 50 percent from the field and 13 of 29 from the 3-point line but in a tight contest, the unlikely hero was actually Gordon who drained the game-winning 3-pointer in the corner to steal the game from the home team.

The Magic are still a perfect 3-0 at home while the Bulls are 0-3 on the road. The Bulls will put up a fight but it won’t be enough as they’re still a mess so I’m taking the Magic to stay hot with a double-digit win at home where they are averaging 121.3 points per game.