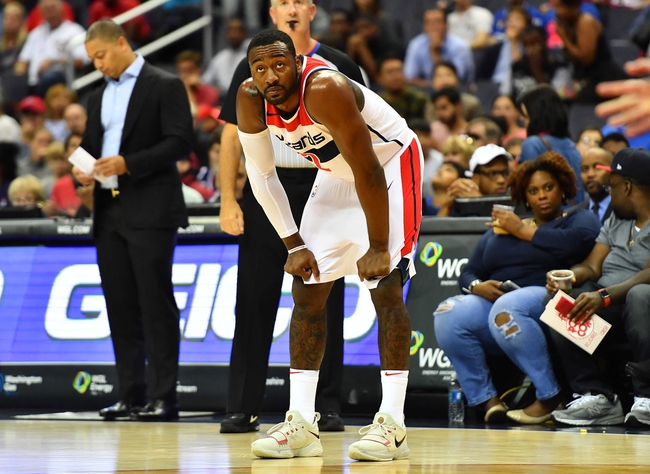 The Cleveland Cavaliers and the Washington Wizards do battle at the Verizon Center on Friday night.

The Cleveland Cavaliers have lost five of their last six games and they will be desperate to put a halt to an ugly four-game skid after Wednesday’s 124-107 home loss to the shorthanded Pacers. LeBron James steered the offense with a game-high 33 points with 11 assists, Derrick Rose added 19 points, Jeff Green had 15 points while Kevin Love chipped in with 13 points and 13 rebounds. As a team, the Cavs shot 50 percent from the field but just seven of 31 from the 3-point line, but their problems remain on the defensive end as they allowed the Pacers to shoot 54 percent from the field and 16 of 26 from the 3-point line. To add insult to injury, the Cavs will now be without Tristan Thompson who is now expected to miss some time after leaving in the second quarter with a strained left calf.

Meanwhile, the Washington Wizards started the season with three straight wins but have since cooled off with three losses in their last four games following Wednesday’s 122-116 defeat to the Suns. Bradley Beal poured in a season-high 40 points on 12 of 25 shooting while John Wall added 21 points with six assists as the Wizards shot 44 percent from the field and 10 of 30 from the 3-point line. However, even with a seemingly unassailable 22-point lead, the Wizards couldn’t hold on for the win as they were outscored by 70-52 in the second half.

The Wizards are clearly in a slump as they've lost three of four following their worst loss of the season, but that's nothing compared to what the Cavs have been going through. It's hard to back a Wizards after seeing them blow a 22-point lead against the Suns, but it's even harder to back the Cavs who can't beat anyone at the moment. This is a game I'd rather stay away from, but if I had to choose, there's no way I could go with LeBron and the Cavs until they start playing some defense.