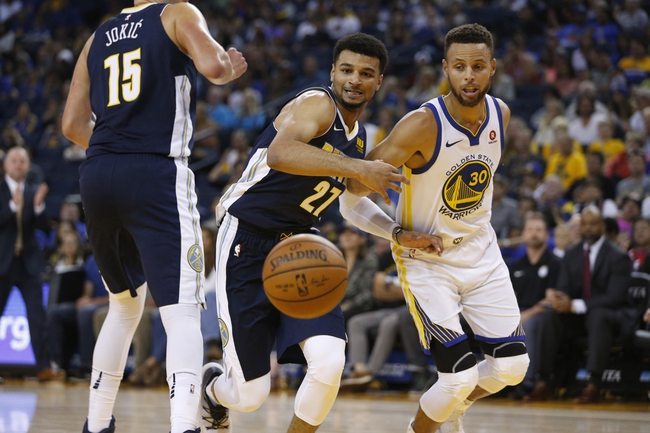 The Golden State Warriors and the Denver Nuggets duke it out at the Pepsi Center on Saturday night.

The Golden State Warriors have won five of their last six games and they will be aiming for a third straight win after coming back from a 19-point deficit to beat the shorthanded Spurs by 112-92 on Thursday. Klay Thompson drained five 3-pointers to lead the team with 27 points, Kevin Durant added 24 points, Stephen Curry had 21 points while Draymond Green chipped in with 16 points and seven assists. As a team, the Warriors shot 52 percent from the field and 14 of 28 from the 3-point line as they dominated the Spurs after falling into that early deficit.

Meanwhile, the Denver Nuggets have won four of their last five games and they will be looking to build on last night’s thrilling 95-94 home win over the Heat. Nikola Jokic scored 19 points with 14 rebounds, while Emmanuel Mudiay added 12 points and four assists off the bench, but with the game on the line it was Paul Millsap who made the game-winning free throws to finish with a game-high 27 points with nine rebounds, five assists and two steals. As a team, the Nuggets shot 45 percent from the field and nine of 23 from the 3-point line, but they won this game with defense, especially in the third quarter where they held the Heat to just 13 points after allowing 37 points in the first quarter.

The Nuggets have really been playing some great basketball lately and they’ll be feeling pretty good after last night’s hard-fought win at home. However, while the Warriors are still yet to put together a complete 48-minute performance this season, they have been great ATS as the road team and I expect them to rally late to win this one by double digits.