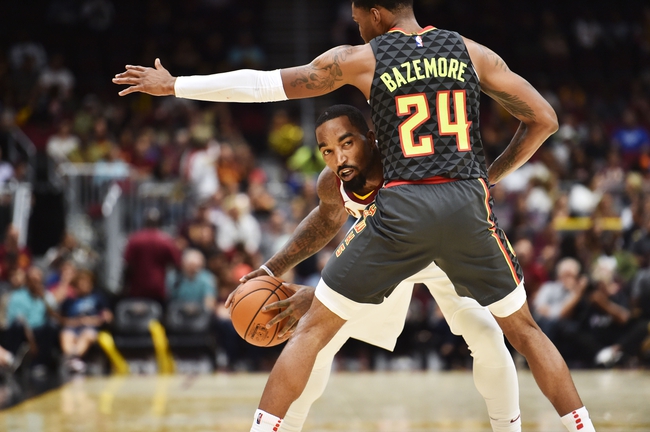 The Atlanta Hawks pay a visit to the Cleveland Cavaliers at the Quicken Loans Arena on Sunday afternoon.

The Atlanta Hawks will be hoping to snap an ugly eight-game losing streak after getting blown out in a 119-104 loss to the Rockets on Friday. Kent Bazemore led the scoring with 18 points while Taurean Prince and Dennis Schroder added 16 points each. As a team, the Hawks shot 48 percent from the field and 11 of 33 from the three-point line, but they were simply blown out of the water by the hot-shooting Rockets who drained 11 of 19 three-pointers in the first half alone.

Meanwhile, the Cleveland Cavaliers were riding an ugly four-game losing streak of their own until Friday’s 130-122 win at Washington. Derrick Rose looked great as he scored 20 points on eight of 16 shooting while Jae Crowder chipped in with 17 points, but the night belonged to LeBron James who poured in his second-highest point total of his career 57 points with 11 rebounds and seven assists while shooting 23 of 34 from the field.

I definitely wouldn’t say that the Cavs are now out of their slump after just one win because it was really a one-man show and they still didn’t show improvement on the defensive end as the Wizards still scored 122 points. However, I think the Cavs will take a lot of confidence seeing their leader take over in such a big win so I’m taking them to keep the momentum going with a double-digit win over the Hawks who can’t beat anyone at the moment.