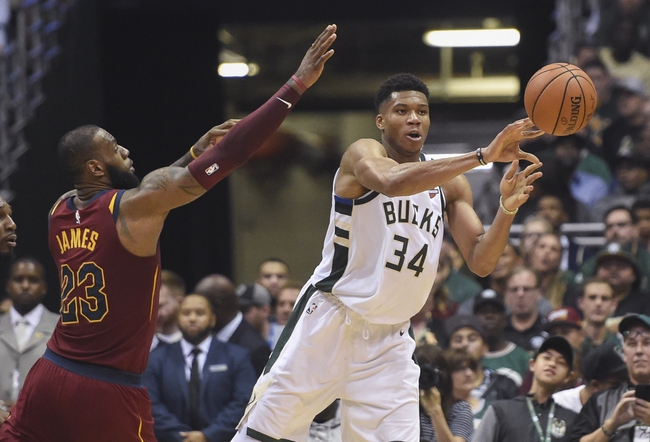 The Milwaukee Bucks and Cleveland Cavaliers meet Tuesday in NBA action at the Quicken Loans Arena.

The Cleveland Cavaliers are playing awful basketball, and I don't think this is a fluke, as this aging roster can't play defense and they truly miss Kyrie and his ability to takeover when the team goes into an offensive funk. The Bucks are a tough team to play when you're having trouble playing consistent ball. However, like the last time these teams met, this feels like a game LeBron puts his head down and takes over. He's still capable of willing his team to victory at times, and this feels like a spot he can do that at home. Wouldn't be shocked if the Cavs struggles continue, but if I'm picking this game, I'd take Cleveland and the small line.