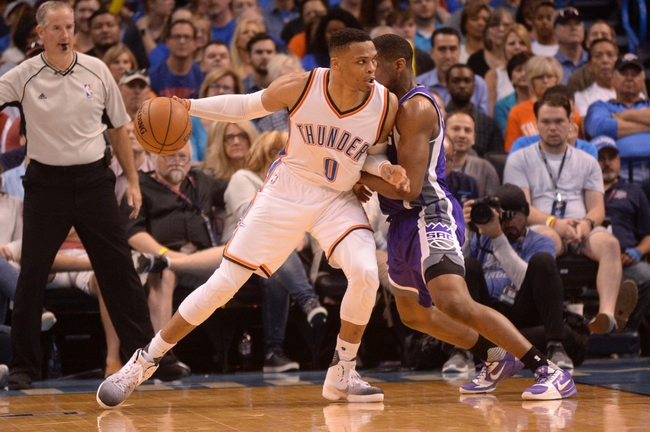 The Oklahoma City Thunder and Sacramento Kings meet Tuesday in NBA action at the Golden 1 Center.

The Kings are being outscored by 18 points and are allowing 45 percent shooting from deep in their last five games. However, it's not like the Thunder are blowing the doors off despite their talent, as they blew that monster lead at home to the Celtics and just loss to the Portland Trail Blazers. OKC is having issues with consistency, and that could allow the Kings to keep this thing closer than expected. I don't love this game, but if forced to pick, I want to have nine points in my pocket with the home team.