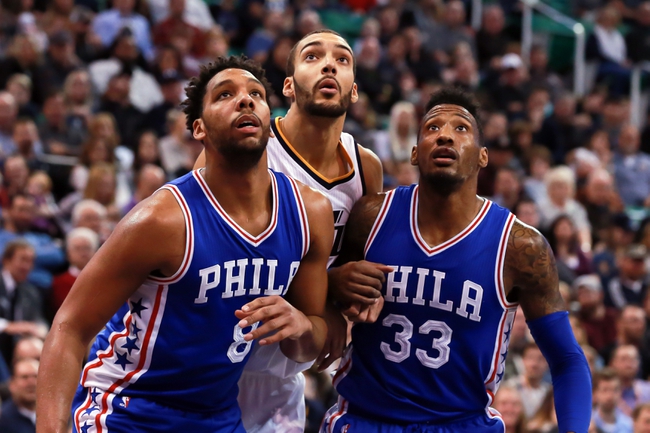 The Philadelphia 76ers and the Utah Jazz duke it out at the Vivint Smart Home Arena on Tuesday.

The Philadelphia 76ers will be looking to extend on their current five-game win streak after blowing past the Pacers by 121-110 on Friday. All five starters finished in double figures and it was JJ Redick who drained eight three-pointers on his way to a game-high 31 points. Robert Covington added 22 points, Joel Embiid scored 18 points while Ben Simmons finished with a triple-double of 14 points with 11 rebounds and 11 assists. As a team, the 76ers shot 50 percent from the field and 18 of 36 from the three-point line but they were actually trailing until the second half where they outscored the Pacers by 65-47. With the win, Philadelphia improved to 5-4 overall and 2-2 at home.

Meanwhile, the Utah Jazz will be hoping to avoid a third straight loss after getting trounced by the Rockets in a 137-110 road loss on Sunday. Seven players finished in double figures and it was Donovan Mitchell who led the scoring with 17 points, Rudy Gobert added 13 points while Rodney Hood and Derrick Favors had 12 points each but the Jazz simply had no answer for the Rockets’ James Harden who scorched them for a career-high 56 points on 19 of 25 shooting. As a team, the Jazz shot 43 percent from the field while allowing the Rockets to shoot a sizzling 59 percent from the field. With the loss, Utah falls to 5-5 overall and 0-4 on the road.

The Jazz have been in a bit of a slump and you just know they’ll be itching to get back on the court to atone for their embarrassing loss to the Rockets on Sunday. However, the 76ers have been in great form and are more than capable of pulling off the upset, so even with the news that Embiid will sit this game out, I’m taking them with the points in a game they could certainly win outright.