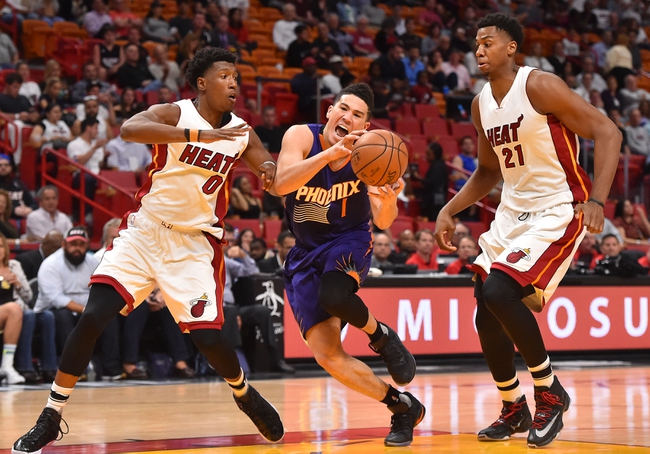 After playing great ball under their new coach, the Phoenix Suns have cooled off big time recently and are shooting just 42.2 percent from the field in their last five games. The Miami Heat are expected to have Waiters back, as he returns from Miami after the birth of his child, and the Heat are playing improved defense, allowing just 41.2 percent shooting in their last five games. After some heartbreaking losses and tough breaks, this is a game the Heat should be able to buckle down and win. The Suns are horrible defensively and when they're not shooting well, there's zero chance to win. I'll take the Heat and the reasonable line here.