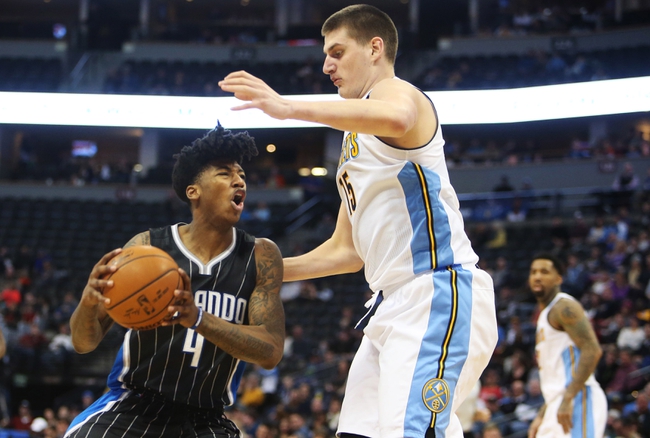 The Denver Nuggets play host to the Orlando Magic at the Pepsi Center on Saturday.

The Orlando Magic have enjoyed a strong start to the season with eight wins in their first 12 games and they will be gunning for a third straight win after making light work of the Suns in a 128-112 road win last night. Aaron Gordon led the team with 22 points on seven of nine shooting, Nikola Vucevic added 19 points while Terrence Ross and Jonathan Simmons chipped in with 17 points each. As a team, the Magic shot 52 percent from the field and 13 of 28 from the three-point line, but it was really their passing which was key to the win as they made 29 assists as a team. With the win, Orlando improved to 8-4 on the season and 4-2 on the road where they have won three straight.

Meanwhile, the Denver Nuggets have won four of their last five games and they will be gunning for a third straight win after taking down the Thunder in a 102-94 win on Thursday. Paul Millsap led the way with 17 points, seven rebounds five assists and six blocks while Nikola Jokic added 15 points with 11 rebounds, but the player of the night was actually Emmanuel Mudiay who provided the spark off the bench with a team-high 21 points on eight of 10 shooting to go along with seven rebounds and five assists. As a team, the Nuggets shot 46 percent from the field and nine of 27 from the three-point line, but in a game that was tightly contested throughout, it was the Nuggets’ bench who were the difference as they combined for 49 points.

The Magic have been one of the surprise teams of the league as they’re off to their best start in a long time but they’ve run into a red-hot Nuggets team fresh off a win over the Thunder. I’m tempted to take the Magic with the points but they’ll be playing on zero days’ rest against a red-hot Nuggets team who are 5-2 at home so far. I think the Nuggets pull away late in the game for the win and cover.