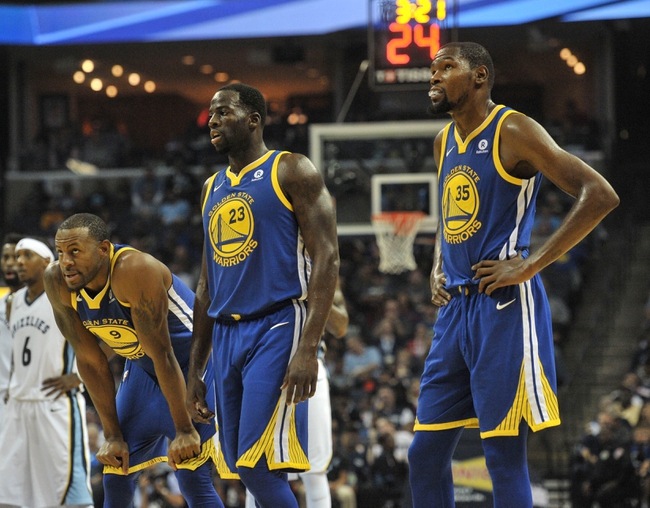 The Philadelphia 76ers pay a visit to the Oracle Arena to battle the Golden State Warriors on Saturday.

The Philadelphia 76ers have won six of their last eight meetings but they will be looking to bounce back after having their five-game win streak snapped by the Kings in a 109-108 road loss on Thursday. Robert Covington led the team with 24 points, Joel Embiid added 22 points with 15 rebounds while Ben Simmons chipped in with 18 points and six assists while battling foul trouble. As a team, the 76ers shot 42 percent from the field and 15 of 37 from the three-point line, but the game went down to one final shot and it was Embiid who had his 18-foot jumper rim out with the clock expiring. With the loss, Philadelphia dropped to 6-5 on the season and 4-3 on the road.

Meanwhile, the Golden State Warriors have won eight of their last nine games and they will be aiming for a sixth straight victory after making light work of the Timberwolves in a 125-101 home win on Wednesday. Klay Thompson drained six three-pointers en route to a game-high 28 points, Stephen Curry added 22 points with eight assists while Omri Casspi chipped in with 13 points off the bench. As a team, the Warriors shot 57 percent from the field and 15 of 36 from the three-point line as they led by just one point at halftime before pouring in 44 points in the third quarter to put the game to bed early. Kevin Durant sat out the game with a left thigh contusion but he is expected to return on Saturday.

The 76ers will be eager to test their mettle against the best in the Western Conference after falling painfully short in their last outing. However, the Warriors have won their last five games by an average of 21.6 points and it’s hard to see that trend changing anytime soon, especially with Durant back in the lineup. Give me the Warriors to pull away in the second half and win this one comfortably.