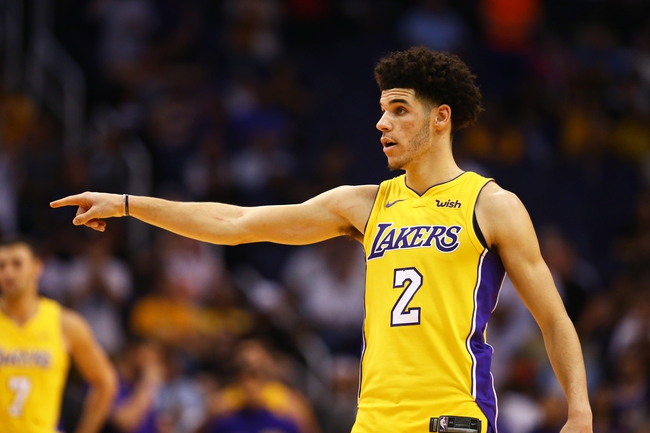 The Los Angeles Lakers and the Phoenix Suns duke it out at the Talking Stick Resort Arena on Monday.

The Los Angeles Lakers will be hoping to put a halt to a three-game skid after falling to the Bucks in a 98-90 road loss on Saturday. Kyle Kuzma led the scoring with 21 points, Julius Randley added 17 points off the bench while Lonzo Ball racked up a triple-double of 19 points with 11 rebounds and 13 assists to become the youngest player ever to record a triple-double. However, the Lakers still lost the game as they show just 42 percent from the field, six of 22 from the three-point line and a paltry 22 of 37 from the free-throw line. With the loss, Los Angeles dropped to 5-8 on the season and 1-5 on the road where they are on a five-game losing streak.

Meanwhile, the Phoenix Suns were able to snap a five-game skid on Saturday with a 118-110 win over the Timberwolves. Devin Booker and TJ Warren led the scoring with 35 points apiece while Marquese Chriss added 13 points with five blocks. As a team, the Suns shot a healthy 54 percent from the field and 10 of 26 from the three-point line while holding the Timberwolves to just 40 percent shooting and 4 of 20 from the three-point line. With the win, Phoenix improved to 5-9 overall and 3-5 at home.

This won’t be a game that I will be betting on as the Lakers a terrible road team and you never know what you’re going to get form the Suns who continue to tinker with their lineups. It’s great to seeing Lonzo playing better even though it didn’t result in a win for the Lakers, but the Suns looked great in their win over the upstart Timberwolves and I think they’ll back it up with another narrow win tonight.