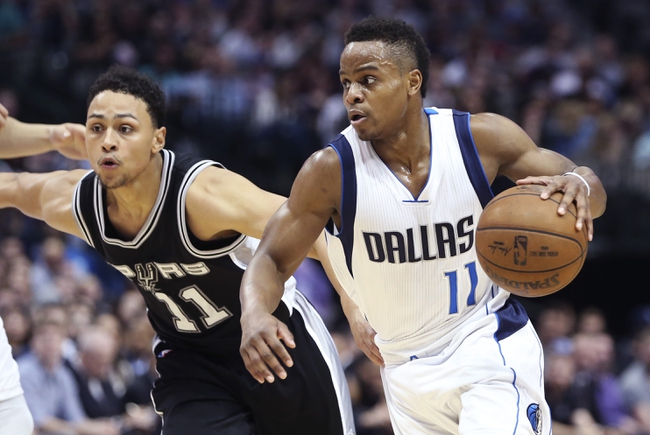 The San Antonio Spurs pay a visit to the Dallas Mavericks at the American Airlines Center on Tuesday night.

The San Antonio Spurs have won four of their last five games and they will be looking to build on Saturday’s 133-94 blowout win over the Bulls. Pau Gasol led the way with 21 points with 10 rebounds and four assists, Dejounte Murray added 17 piints with five assists while LaMarcus Aldridge chipped in with 14 points. As a team, the Spurs shot a sizzling 60 percent from the field and 18 of 27 from the three-point line as they stormed out to lead by 37-15 after the first quarter, allowing coach Popovic to share the minutes which resulted in eight players finishing in double figures in scoring. What made the win more impressive was that the Spurs were missing six players, the most notable being Kawhi Leonard, Tony Parker and Danny Green.

Meanwhile, the Dallas Mavericks are still stuck on just two wins for the season and they will be hoping to bounce back from Sunday’s 112-99 loss at Oklahoma City. Harrison Barnes led the team with 22 points and 13 rebounds, Yogi Ferrell added 18 points while Dennis Smith Jr. chipped in with 15 points. As a team, the Mavs shot 43 percent from the field and were trailing by just two points at halftime before the Thunder blew them away with 39 points in the third quarter. Defensively, the Mavs did a fine job of forcing the Thunder’s Russell Westbrook into six of 18 shooting from the field, but there was no slowing down Paul George who drained seven three-pointers on his way to a game-high 37 points. With the loss, Dallas falls to 2-12 overall and 1-6 on the road.

The Spurs will once again be shorthanded but we saw on Saturday that they have plenty of depth to deal with the weaker teams in the league and I think we’ll see that again tonight. The Spurs have covered in just one of their last six road games, but the Mavs have been terrible no matter where they play as they’ve covered in just one of their last nine home games. I like the Spurs to stay hot with another impressive win over this struggling Mavs team.