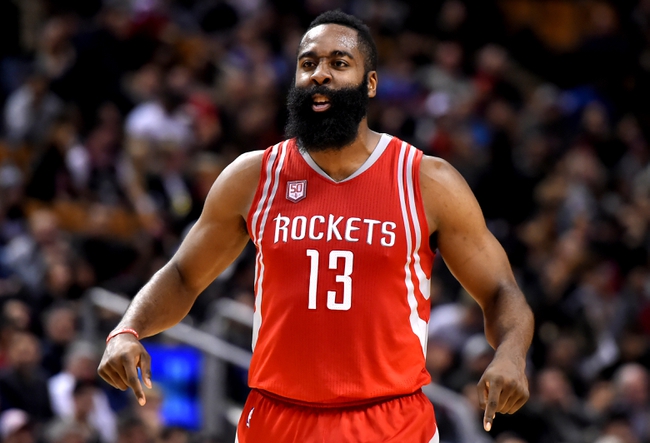 The Toronto Raptors and the Houston Rockets do battle at the Toyota Center on Tuesday night.

The Toronto Raptors have won three of their last five games and they were aiming for a third straight win before falling painfully short in Sunday’s 95-94 loss at Boston. DeMar DeRozan led the team with 24 points but shot eight of 22 from the field, Kyle Lowry added 19 points with seven assists while CJ Miles chipped in with 10 points off the bench, but no other players finished in double figures. As a team, the Raptors shot 46 percent from the field and 10 of 24 from the three-point line, but they just couldn’t get over the line despite the Celtics playing without their leading scorer in Kyrie Irving. With the disappointing loss, Toronto dropped to 7-5 overall and 3-4 on the road.

Meanwhile, the Rockets have been on fire lately and they will be gunning for a seventh straight win after blowing past the Pacers in a 118-95 rout on Sunday. James Harden led the way with 26 points and 15 assists, Eric Gordon added 21 points while Clint Capela chipped in with 20 points and 17 rebounds. As a team, the Rockets shot 48 percent from the field and 17 of 47 from the three-point line as they hit the ground running and shot out to an early 35-18 lead after the first quarter and never looked back. With the win, Houston improved to 11-3 overall and an impressive 7-1 on the road so far.

Head to head, the over is 4-1 in the last five meetings in Houston and the home team is 14-5-1 ATS in the last 20 meetings overall.

The Raptors were on a bit of a roll with narrow wins over the Bulls and the Pelicans before getting stopped by the shorthanded Celtics, but the Rockets have won six straight and four of those victories were by double digits. I like the Raptors to compete and stick around for all four quarters, but in the end I have the Rockets pulling away for their seventh straight win behind another big night from Harden.