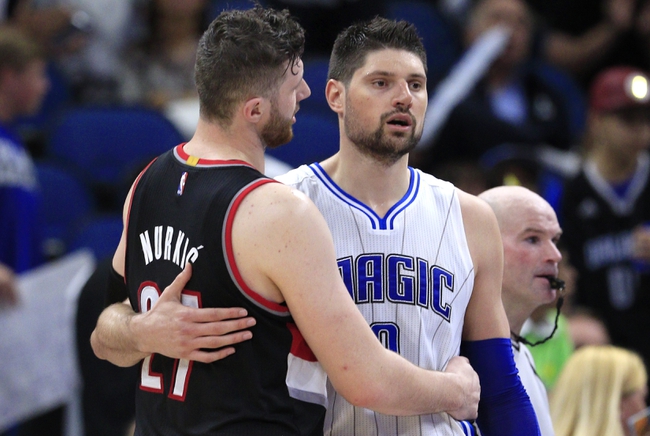 The Orlando Magic and the Portland Trailblazers collide at the Moda Center on Wednesday night.

The Orlando Magic have really cooled off from their hot start to the season as they’ve now lost four of their last six games following their 110-100 loss at Golden State on Monday. Nikola Vucevic led the way with 20 points, Evan Fournier added 16 points while Jonathan Simmons chipped in with 13 points off the bench. As a team, the Magic shot 42 percent from the field and 10 of 32 from the three-point line which was good enough to hang with the Warriors until the third quarter where the Magic were outscored by 32-19. With the loss, Orlando dropped to 8-6 on the season and 4-4 on the road.

Meanwhile, the Portland Trailblazers have won three of their last five games and they will be looking to build on Monday’s 99-82 home win over the Nuggets. Jusuf Nurkic and CJ McCollum led the team with 17 points each while Damian Lillard chipped in with 15 points and seven assists. As a team, the Blazers shot 52 percent from the field and seven of 21 from the three-point line as they dominated the Nuggets and led by as many as 23 points before resting their starters in the fourth quarter. With the easy win, Portland improved to 7-6 on the season and 5-4 at home.