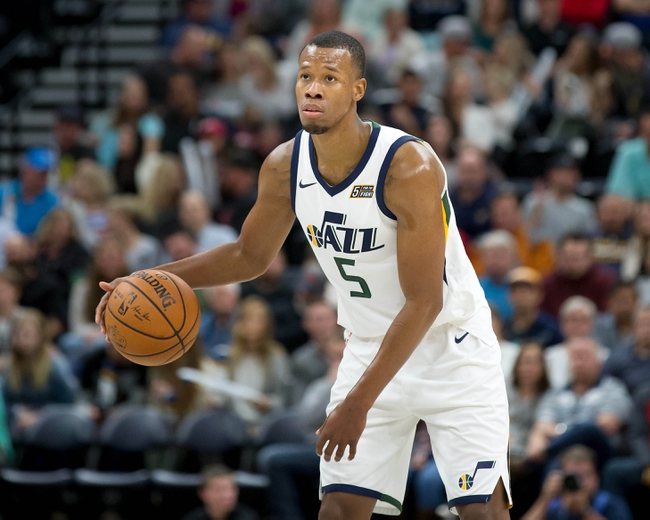 The Utah Jazz and the Brooklyn Nets do battle at the Barclays Center on Friday night.

The Utah Jazz have been in a major slump as they’ve lost six of their last seven games and they will be hoping to bounce back after falling to the Knicks in a 106-101 loss on Wednesday. Rodney Hood drained six three-pointers on his way to 30 points off the bench, Donovan Mitchell added 19 points while Joe Ingles and Ricky Rubio chipped in with 13 points each. As a team, the Jazz shot 43 percent from the field and 17 of 35 from the three-point line as they fell just short after leading for the majority of the game. Playing without Rudy Gobert, the Jazz did a nice job of containing the Knicks until the fourth quarter where they were outscored by 29-19. With the loss, Utah dropped to 6-9 on the season and 0-5 on the road.

Meanwhile, the Brooklyn Nets have lost seven of their last nine games and they will be looking to snap a two-game skid after Tuesday’s 109-102 loss to the Celtics. Joe Harris led the team in scoring with 19 points off the bench, Rondae Hollis-Jefferson added 16 points while Allen Crabbe and Caris LeVert added 15 points each. As a team, the Nets shot 44 percent from the field and 14 of 35 from the three-point line as they stuck with the red-hot Celtics for the entire game despite playing without their best player in D’Angelo Russell.

The Nets will take plenty of confidence from Tuesday’s loss to the Celtics as they were able to stick with the best team in the Eastern Conference without their leading scorer. However, the betting trends suggest one-way traffic in favour of the Jazz in this matchup and I feel that will only continue as the Jazz are long overdue for a road win, even without their big man in Gobert.