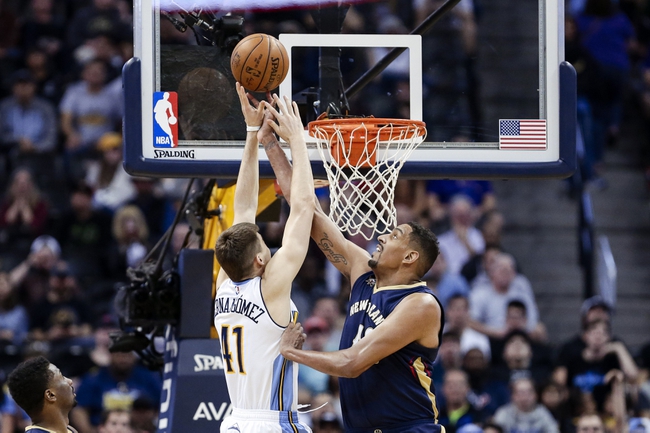 The New Orleans Pelicans and the Denver Nuggets do battle at the Pepsi Center on Friday night.

The New Orleans Pelicans have won five of their last seven games but they will be hoping to bounce back after losing to the Raptors in a 125-116 home loss on Wednesday. DeMarcus Cousins led the team with 25 points, nine rebounds and five assists, Anthony Davis added 19 points while Jrue Holiday chipped in with 18 points and five assists. As a team, the Pelicans shot 50 percent from the field and 10 of 27 from the three-point line but their problems were on the defensive end as the Raptors shot allowed to shoot a sizzling 59 percent from the field and 16 of 34 from the three-point line. The Pelicans actually stormed out of the gates to lead by 14 points in the first quarter before allowing a combined 69 points in the second and third quarters. With the loss, New Orleans dropped to 8-7 on the season and 3-4 at home.

Meanwhile, the Denver Nuggets have won five of their last seven games and they will be looking to get back on the court after having their three-game win streak snapped by the Trailblazers in a 99-82 loss on Monday. Paul Millsap and Jamal Murray led the team with 18 points each while Wilson Chandler added 14 points with six assists. As a team, the Nuggets shot a paltry 35 percent from the field and nine of 32 from the three-point line and there was just no coming back after the Trailblazers outscored them by 30-17 in the third quarter to lead by 18 points going into the fourth quarter. With the loss, Denver dropped to 8-6 overall and 2-4 on the road.

The Nuggets have won five of their last six games at home including their last three straight, but they’re coming up against an in-form Pelicans team who are 5-0 ATS in their last five road games. I’m tempted to take the Pelicans with the points but I just don’t feel like I’m getting enough points from the bookies, so instead I’m sticking with the Nuggets to get the win and cover at home where they have won six of eight.