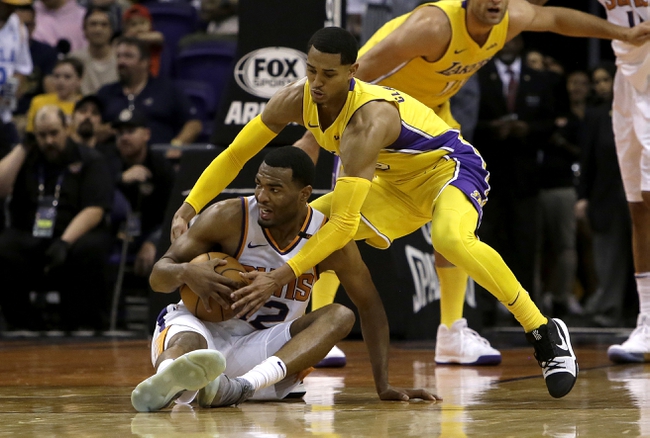 The Phoenix Suns and Los Angeles Lakers meet Friday in NBA action at the Staples Center.

The Suns are falling off a cliff right now and are fresh off a game Thursday in which they allowed the Rockets to make every shot and make fracnhise records. While the season is still young, the Suns look like a squad that doesn't have the heart to play anymore. The Lakers are playing hard despite the losses, and they've had their best success at home. This is a game the Lakers should be able to open up against a Suns team that doesn't play defense and should have tired legs. I'll eat the reasonable number as a fade against the Suns.